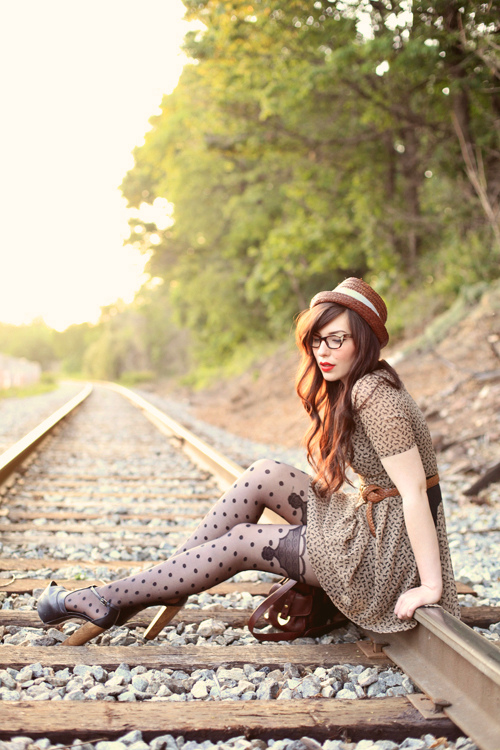 You can take the girl out of the country but you can’t keep her from wearing horse print dresses. I say that as though I grew up in the country, but I most certainly did not. My mom didn’t buy her property in Fellsmere until I was in college; before that, we boarded our horses at a local stable. Back then, it was off of a dirt road and just across a pond and a field full of tomatoes. Much to the workers’ dismay, I used to ride my pony or one of my horses out there and race between the crops, and then we would take them swimming in the pond.

Someone left a paddle boat in the middle of the water, so Shawn and I swam out and dragged it back – he was almost up to his ears and I remember thinking, “This was a really bad idea.” He was such a good little swimmer, though, and he kept going despite my hesitation. There were otters in there, but the adults never believed us. They never went there with us, so it was sort of a kids’ utopia. We called it Winter Wonderland despite the intense heat, because there was a large hill of white sand beside the water, and we would sled down it and pretend it was snow. We were far from the ocean, but if you kept digging, you’d find lots of bleached seashells. So, it could have been any scenery you imagined, really. But it was just as beautiful the way it was – high grass, warm breeze, ponies splashing in the pond. Now it’s a bunch of ugly apartment buildings, and that little dirt road that hosted so many hooves is now a busy road. When it came through, we all knew it was over – and in fact, that’s exactly where my little sisters were victims of a horrible car accident. Now the ranch is gone, and so are my horses who lived there – save for Diablo, our pretty little Paso.

But life goes on, doesn’t it? And memories are the kindest gifts we can always hold onto. I hope that one day my niece will have memories like that, because nothing can beat the bond of a girl and her horse.