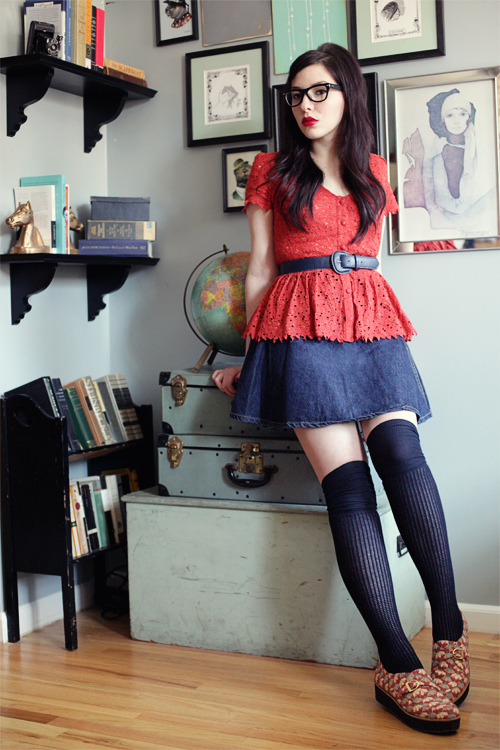 I have this habit of becoming a shut-in, a hermit whose daily social interactions cease past the point of one-sided relationships with characters in books or films. It’s a habit worth breaking, unlike other harmless quirks that are a part of my package deal (and there are many). This one is self-destructive and pops up every now and then – but sometimes, every few years or so, it sticks for longer than I care to admit. Last night, I was sitting around in my pajamas, bare faced and zombie-eyed from perpetual insomnia, when I realized: I remember this all too well. And if I don’t put a stop to it now, I know exactly how this story goes.

Upon my initial move to New York, I knew hardly anyone. I barely even knew my roommate; we met a handful of times prior to signing a lease together, but for some reason, I was always in a costume. She was probably half-expecting a girl dressed as Snow White to inhabit the room I rented. I wonder, if not for our modern social networks and profile pictures, if she would have known what I looked like without panda, geisha, or doll makeup. Despite the strange girl that I am, we coexisted quite nicely and found a friend in one another. But normal girl that she was, she worked outside the apartment, had a healthy social life and also a boyfriend, and was generally a pretty high functioning adult with seemingly few hangups or phobias. I, prone to serious depression and forever floating in clouds above my head, found myself retreating evermore into the depths of sheets and infinite pillows, of pajamas and ratted hair, of books and songs that could make you want to draw a bath and drown in it. I even fancied myself a rather adept builder of blanket forts, seeking further a tangible hiding place that provided both infantile comfort and a shield from the outside world. Because they were all judging me, weren’t they? Just silently picking me apart – every physicality I could and could not control. Or, at least, that’s what I told myself to give a reason for my illogic, to victimize myself in the name of faceless, nameless, critical people who didn’t actually exist, except in my paranoid mind. Remember, I didn’t really know anyone at the time. So who was judging me, save for me?

In short, it/I was pathetic. It took awhile (and the patient persistence of people who love me) for me to coax myself out of that one, and I swore I wouldn’t let myself go back to that level of reclusion. Well, I failed for a minute or two but I’m not letting myself stay there – and that’s, at the very least, something. This week was difficult. I started spiraling out of control, and couldn’t even put on a brave face to pretend otherwise. Whatever resilience I’ve had through the years seemed to abandon me, and I’m disappointed in myself. I know I’m better than this, and I am taking it all back. This new year starts today, and this past week – it just doesn’t exist to me anymore.

I’m taking a few days to get out of the city with Bobby and Miku; we’re leaving today. I’ll still be around, but please don’t be offended if I haven’t responded in the last week or two. I plan on catching up next week. I’ll be back to normal, or maybe even better than ever, in due time. I just need a moment to catch my breath.