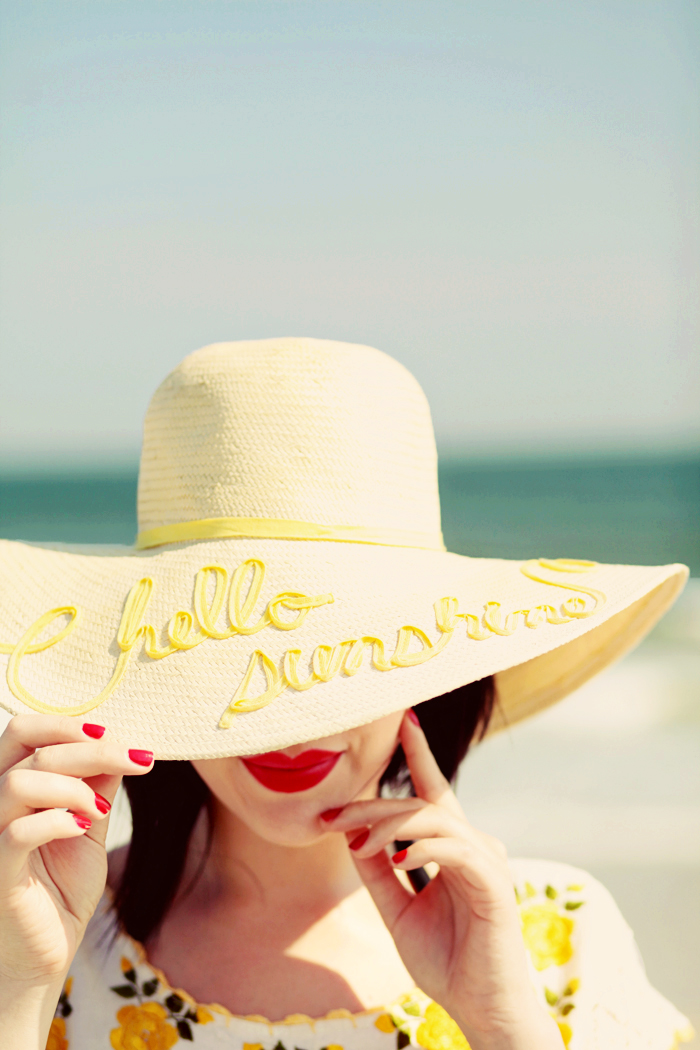 Growing up in an eternal state of summer meant the season was somewhat lost on me, once I graduated and went away. Without a school year to mark its beginning and end, the brevity of sunshine magic and sleeping in, of sandy toes and freckled noses – it simply lost its significance, and very abruptly. That significance, of course, being a brief reprieve from backpacks and heavy loads of homework, when it came right down to it. Even though I was pretty fond of school and came to think of it as a sort of refuge, there were times when I was absolutely desperate to just be a kid. I remember counting down the weeks, days, hours and even minutes until that last school bell. We rarely had any family vacations planned, and I never attended a camp like many of my peers (nor did I want to), but the idea of getting to wake up later than six or seven in the morning was enough of a holiday for me. I usually spent my time out at the ranch, riding Shawn through the tomato fields or swimming in the pond, playing tag on horseback with my friends, or hiding out in our “secret” clubhouse. Rarely would I ever allow myself to worry about anything further from that very moment. It’s easy to live in the present as a child whose weight is already a little too much to carry through each day, and easier to find comfort in a tucked away spot, long since forgotten and waiting for new stories. And we loved to make up stories about the past, almost as much as we enjoyed forging new ones for the future. Those days, wild and free in our secret hideaway with our little ponies in tow – those were our happiest days.

I’m now twenty-eight, and I long for that kind of summer more than I ever did as a teen. They eventually tore down our clubhouse, after a failed plan to chain ourselves to it in protest. We had no chain, nor did we even look for any – but the spirit was there. Our ability to keep a building intact, however, was not. Eventually they closed the fields, built apartments where we used to take our horses swimming, and families started to move away. We grew older, my first horse passed, and our ties to one another weakened. It was a gradual process, but looking back, it seems as though it all went away in a horribly rushed manner. Childhood is like that, isn’t it? One day you’re rounding up to halves and three-quarters, and the next you’re hanging on to the tail end of a decade.

In my later teen years, I relegated myself to an indoor summer of shifts at the local mall’s pretzel shop, and started saving up for college. I often daydreamed of a summer romance, never actually pursued one, and instead spent a great deal of time worrying about the last days of my youth. The older I got, the harder it was for me to focus on the present. And with my head always clogged with worries about the future, all those summers I used to look forward to became more and more distant. It wasn’t until I moved to New York that I remembered what it even was, and not until this year that I made the effort to actually enjoy it. There’s no more school for me to remember it by, but the leaves ring it in and out. And as I’ve also been making more of an effort to be present – to think about the right here and now – I find myself spending less time holed up inside, and more in the fresh air, enjoying my days and making new adventures.

Here’s to sunshine falling on covered shoulders, and worries left at home. Summer, I think I love you, again.

p.s. The hat is Kate Spade (but I bought it second-hand) and the dress is vintage.