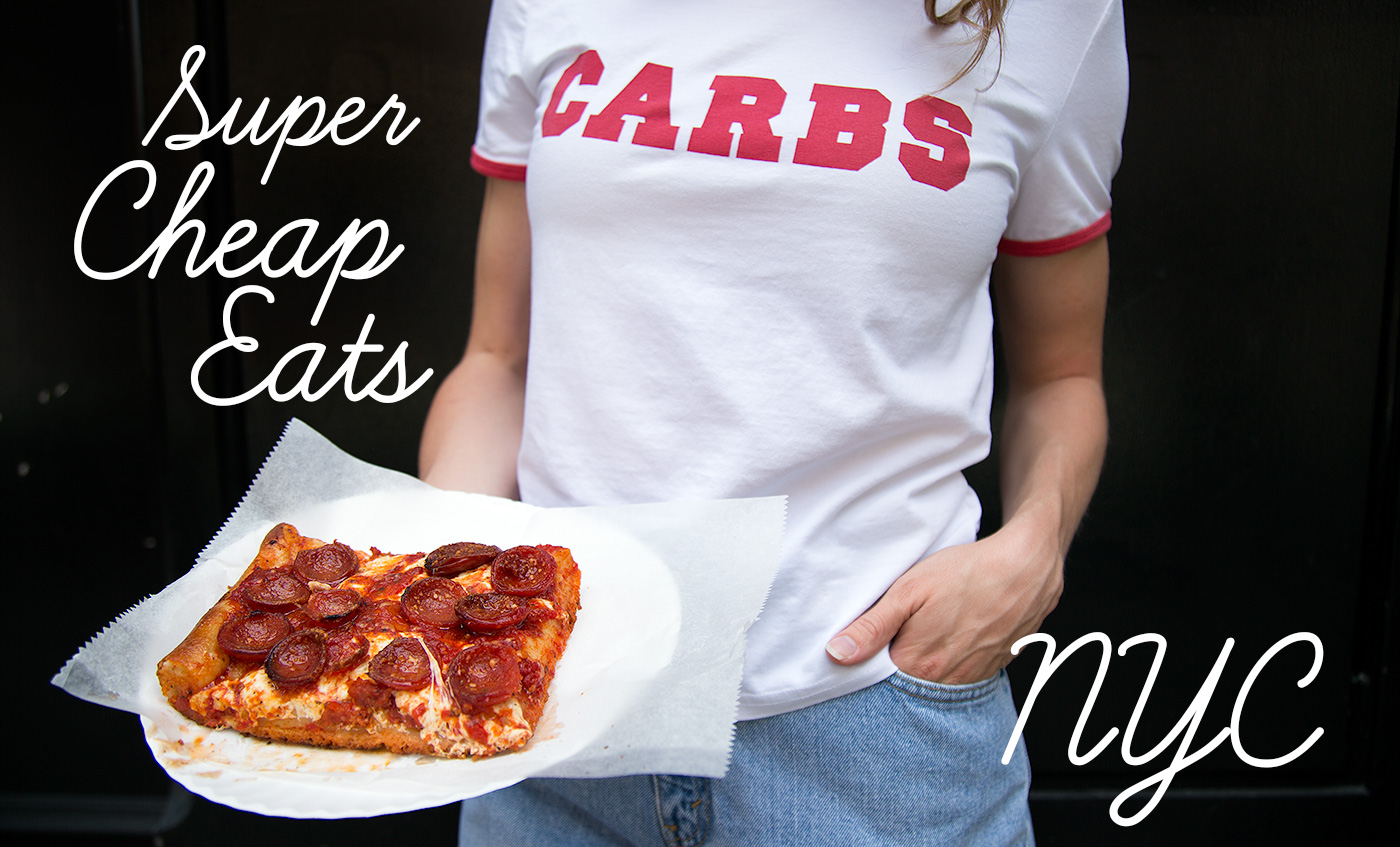 New York City is expensive. Living here for over a decade has pretty much desensitized me, but every time I travel outside of the city, I realize just how expensive it is…because I see how much more affordable it is almost (key word) anywhere else. But the thing about most New Yorkers is this: most of us have been very broke at one point or another. It’s basically a rite of passage to live in a tiny, questionable apartment with a bed on the floor, and to exist off of nothing but spaghetti and sandwiches. But when you want to go out with friends, you find the cheap eats. And believe it or not, there are lots of cheap, indulgent options in NYC. I mean, don’t live off of these if you value your heart’s health, but it’s okay to treat yourself to a few guilty, affordable pleasures when you’re on vacation or a shoestring budget. Whether you’re supplementing your spaghetti nights with a special treat or visiting and need to save some cash, check out some of our picks for super cheap eats in NYC: 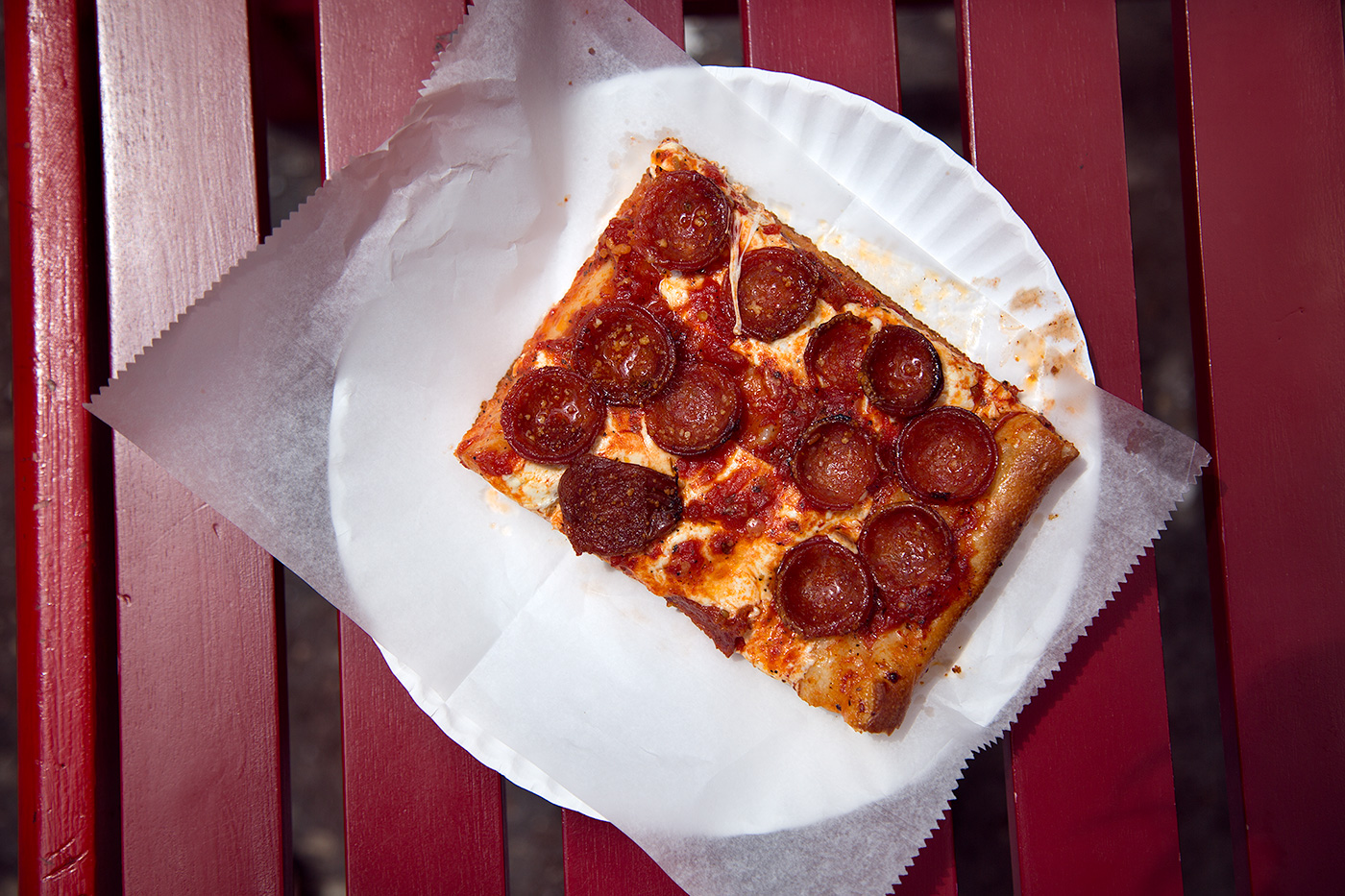 $1 pizza is an institution in New York City. You can find it in almost every neighborhood, and most places have a 2 slice and drink deal for $2.50. My favorite dollar slice place is 2 Bros on St. Marks. It’s a chain, but since this location has the most foot traffic, the slices are always hot out of the oven! 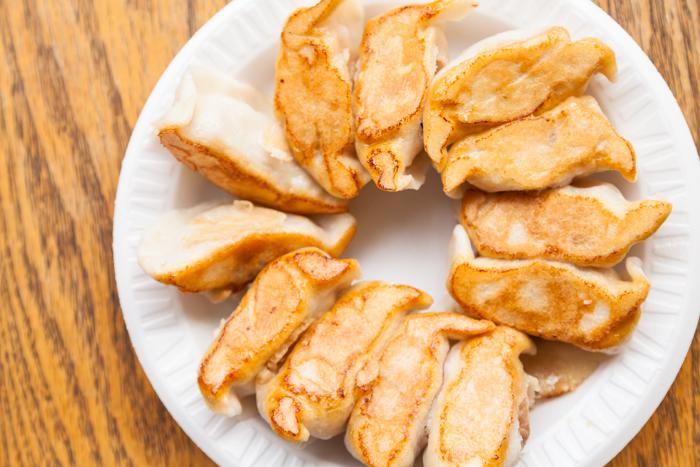 If you’re on a budget, Chinatown is one of the best places for cheap eats! Vanessa’s Dumplings is well known for their cheap and delicious dumplings – get 8 dumplings for $3.25. Looking for something even cheaper? Go to Fried Dumpling, this hole in the wall place has 5 dumplings for $1.25.

Make sure to bring cash! Most of these Chinatown dumpling shops are cash only. 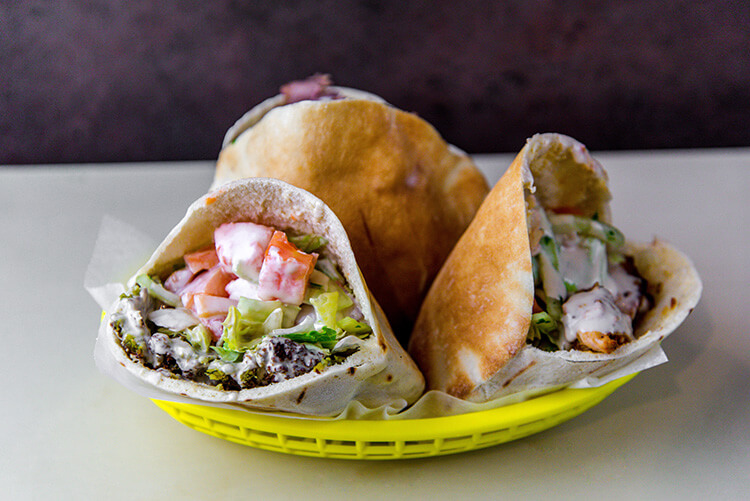 Mamoun’s is a staple in the cheap eats category! Everything on the menu is pretty much under $10, and there are lots of vegetarian friendly options as well. My favorite is the falafel sandwich, which only rings in at $3.75.

Not as cheap, but still pretty cheap: Taim Falafel and Murray’s Falafel 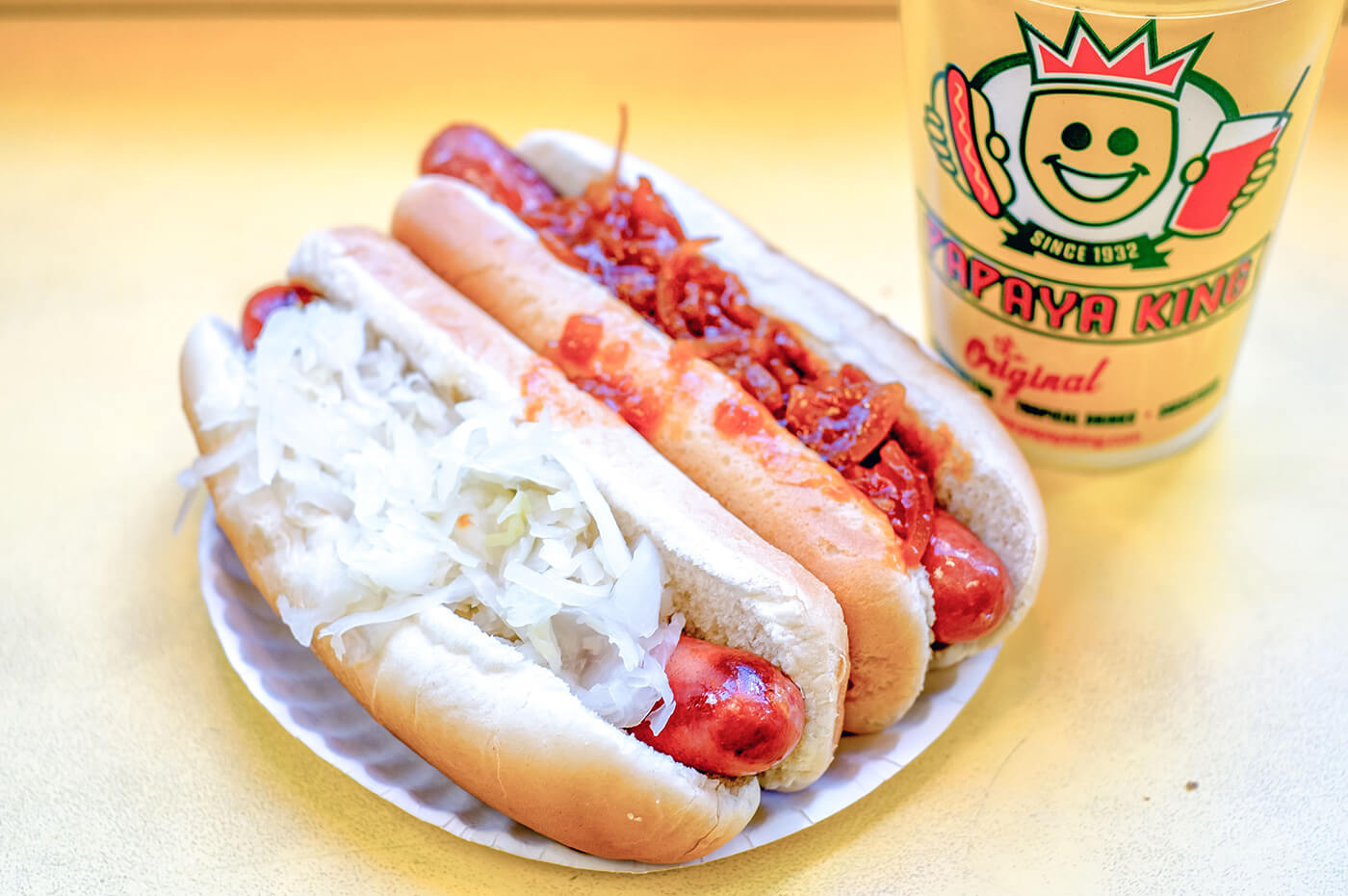 Papaya Dog / Gray’s Papaya / Papaya King – The prices vary slightly but these places all have a special where you can get 2 hot dogs with a drink for under $6!

Not as cheap, but so delicious: Crif Dogs. Also get the cheesy tater tots! 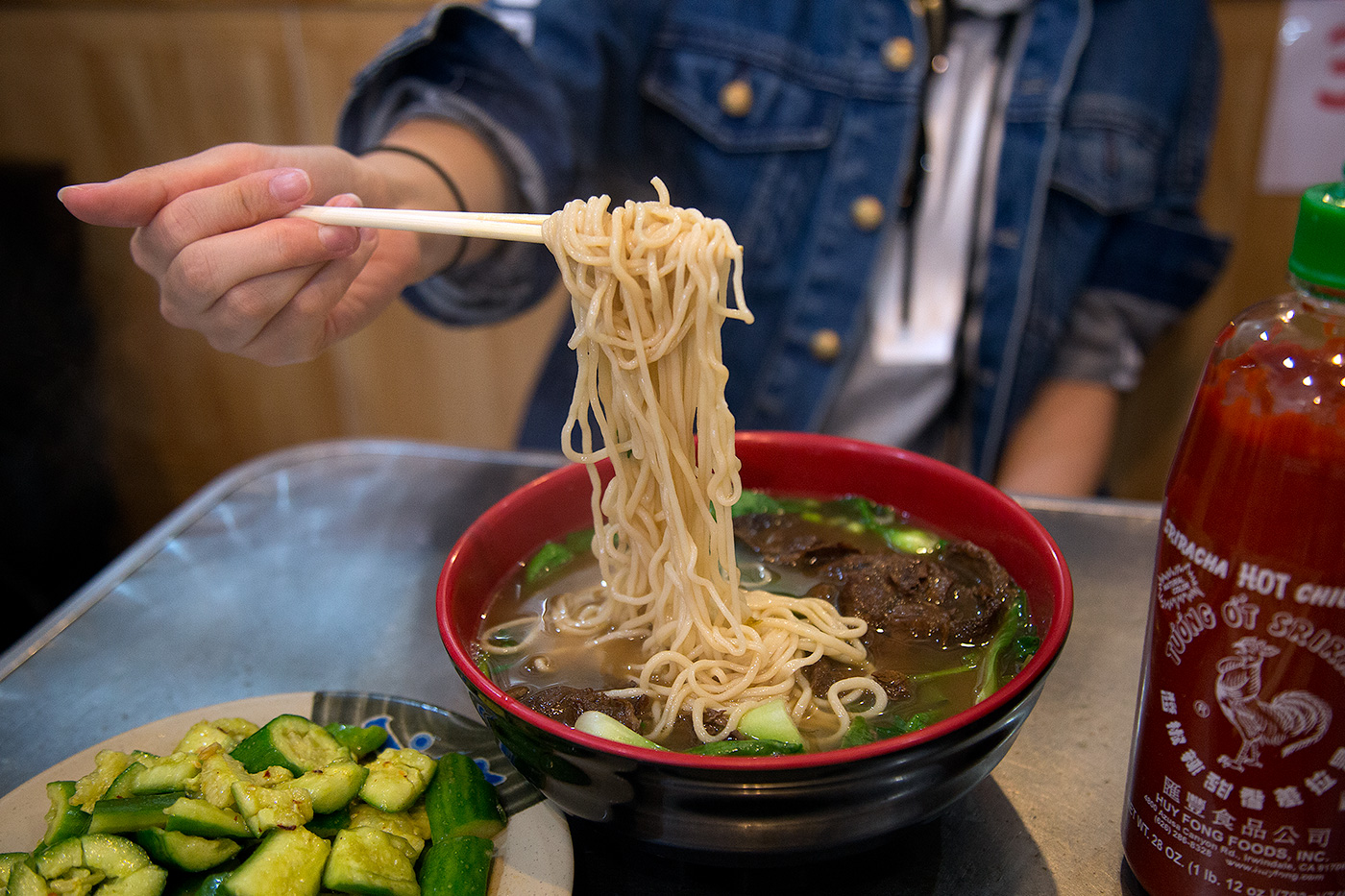 There are too many places to list in this category. As I said earlier, if you’re on a budget, Chinatown is the best place to get a good and cheap meal. Here are some favorites: Tasty Hand-Pulled Noodles, Taiwan Pork Chop House, Super Taste, and Shanghai Cafe. 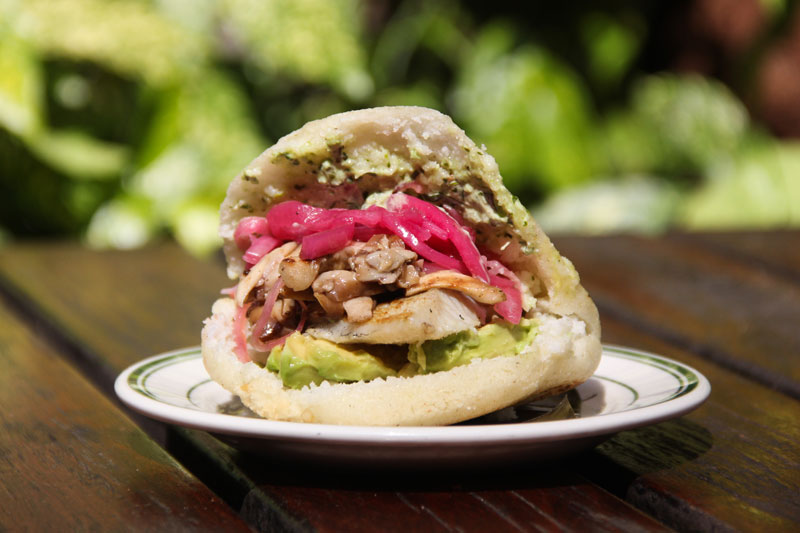 Caracas and Arepa Factory both specialize in arepas, a Columbian/Venezuelan “sandwich” filled with a number of different ingredients. One arepa is enough to fill you up and you’ll find most of the menu items come in under $10! The La del Gato at Caracas with plantains, cheese, and avocado is my absolute favorite. Don’t forget to add their sauce…it’s heavenly. 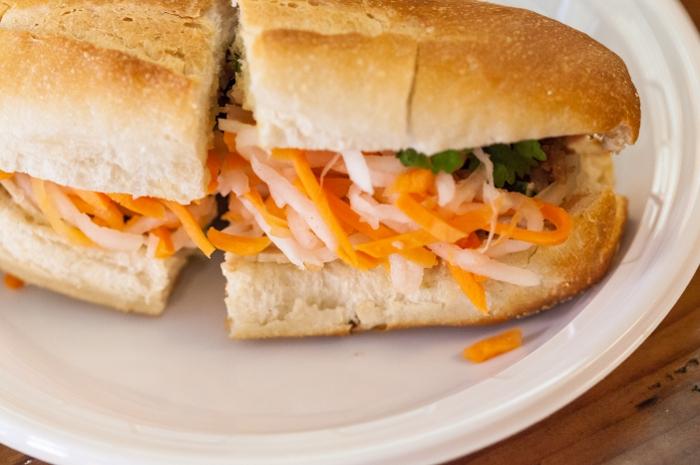 These vietnamese sandwiches are super delicious and very filling! I can usually split it into two meals. My favorite is the Chicken Banh Mi at Hanco’s and they have a few locations in Brooklyn so it’s super convenient for me. Other good spots are: Xe May, Luu’s Baguette, and Banh Mi Saigon – all of these have options under $10!