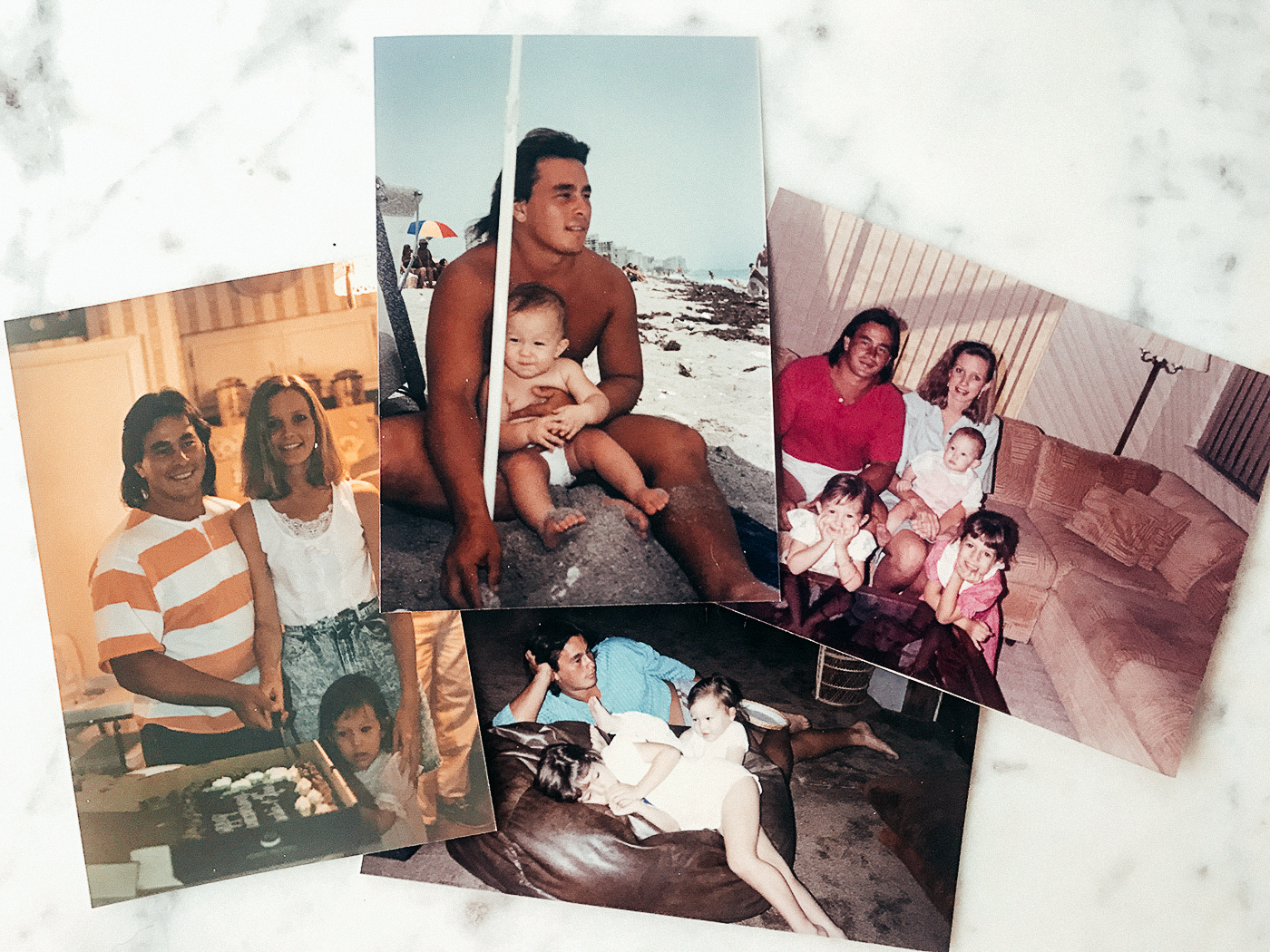 I wrote this almost a month ago, but didn’t feel ready to share it until now. At least, I think I’m ready?

Today, I talked to my dad for the first time in over 25 years. I’m still processing it, holding onto the more sentimental soundbites in case it’s the only time I’ll ever talk to him, dissecting the strange and awkward moments and overanalyzing every single word. I’ve already thought of at least ten things I should’ve said or asked, and I’ve already thought of ten different ways we can go from here. My head is spinning, pounding, full of sharp, prickly thoughts that are making it difficult for me to type without mixing up words and letters and I’m not even sure I’m making coherent sentences.

Oh my goodness, you guys. I talked to my dad. I’m not sure how I’m feeling. Come to think of it, I can’t feel my fingers and toes.

I alternate between being totally “fine” and trying to remember how to breathe. It felt equally strange as it was completely natural; I just picked up the phone and called him, like it was the most normal thing to do. When he answered, we talked for one hour and eighteen minutes. He sounded the way I remembered, save for a slight twang I thought I detected, at times — not entirely surprising, given where he has been. The further North you go in Florida, the more Southern it gets.

I wouldn’t sound the same, since I was just a kid the last time he heard me speak, but he said my voice was the way he imagined in his head. I couldn’t help but wonder if it was because I sounded so heartbroken.

I am somewhat embarrassed to admit that at 33, I still cry when I talk about my dad, and talking to him only amplified that. When I wasn’t choking back tears it was only to let them flow freely, despite my intentions to hold it together. I couldn’t help it. It’s a polarizing, lonely feeling to have a parent in prison. Save for two letters written fifteen years apart, he hasn’t communicated with me. I’m not sure if that made it more or less bearable, because I couldn’t compare it to anything else and no one could relate, not even my sister — she didn’t remember him at all. All I know is this: it has been a lifelong mourning of the loss of a father who is still alive but not there, and just a phone call away but completely unreachable. I tried to visit him and wasn’t allowed, tried to have my name added to his list and was repeatedly denied. I wrote a letter to him last year, asking him to please let me come and see him, and he responded months later with a refusal — something I never talked about, because it was a horribly low point in my life and I didn’t handle it well. Was he protecting me from having a life tied to prison visits or did he not want a relationship with me, period? With little to no communication came less to no explanation, and I spent many nights trying to figure it all out, to cope without any closure from him or anyone who knew him. It’s lonely to have a parent in prison for many reasons, and one of those is that no one ever wants to talk to you about it. It’s a shameful secret at worst, and an uncomfortable subject at best. Adults can come up with a million reasons as to why it’s for your own protection when you’re a kid, but when you grow up, it’s just more of the same. I had no other choice but to keep up with him through his public record, and I never knew if he was keeping up with me.

Today, I got that answer.

He didn’t know anything about me: where I live, what I do, whom I’m with, what I look like. He asked how my feet were, if I had trouble walking, because his clearest memories of me were back when I wore braces and corrective shoes with a bar between them. And he worried that I followed in his footsteps, maybe had a drug problem. He wondered if I turned out to be like him. I told him I’ve never touched a drug in my life; I’ve never even had alcohol. He simply said, “Once upon a time, that was me.” It made me feel defensive; I wanted to tell him that no thanks to him, I was doing very well. I was a straight A student. I got a scholarship and went away to college. I moved to New York and made it all on my own. I’m a good person! But instead, I just quietly wondered why no one in the family told him that my little sister and I were happy, healthy, well-adjusted adults. If not for his benefit, why not for our own?

I’ve waited my whole life for the day my dad got out of prison. I’m not sure I even gave much thought to what would happen on the day of his release, because having a tangible but very far off date made it easier to put out of my mind as soon as it would pop up. Because until then, what else could I do but live my life and just wait? You learn to cope and it starts to feel normal. At times, I took comfort knowing that at the very least, I knew where he was and that he was alive, hopefully clean and somewhat at peace. It was more than I could say for much of my childhood, when I waited and waited and saved my pizza crusts for the day he came home, not knowing where he was or why he wasn’t with us. With his last sentence seemingly his death sentence — I still don’t understand how it works, because his release date was much earlier than the years he was sentenced to — I didn’t have to wonder if he would come home. Because he couldn’t. And I was no longer a child, no longer living in that familiar address where once upon a very brief time, we were a happy family.

I’ve often thought about the things I would say to my dad, the questions I’d demand answers to, the screaming, the crying, the hugging that would result from our tumultuous reunion. Instead, I found myself worrying about him: where he is, what he’s doing, how he’ll find a job, if he has identification, how long his parole will be, if he’s allowed to leave the county, how he’ll adjust to life outside of prison. I didn’t want any answers because I no longer have any questions — and he didn’t offer any answers, anyway. Living with addicts gave me much more insight into my dad’s struggle, and though I’m not excusing or minimizing the horrible things he put us through, I’m not angry anymore. I’m just sad, worried, confused as to whether I should be hopeful or heavily guarded. To be honest, out of all the men who have screwed up my life, he’s the one I resent the least. Maybe it’s because he had the decency to stay away when he couldn’t get it together. Or maybe it’s just because he’s my dad.

I don’t know where we go from here. My expectations are very low, despite some worries that I’m being overly optimistic and need to keep my distance. I’ll just take it day by day. Even if it ends right now, it’s already more than I’ve ever had or expected from him. As I’m writing this now, he’s trying to text me. He keeps asking if his texts are going through, because he doesn’t know how to work his phone. Each text is coming through several minutes apart, and I can just imagine him struggling to figure out today’s technology.

“How many grandkids do I have?”

Unbelievable. There’s a lifetime of catching up to do.