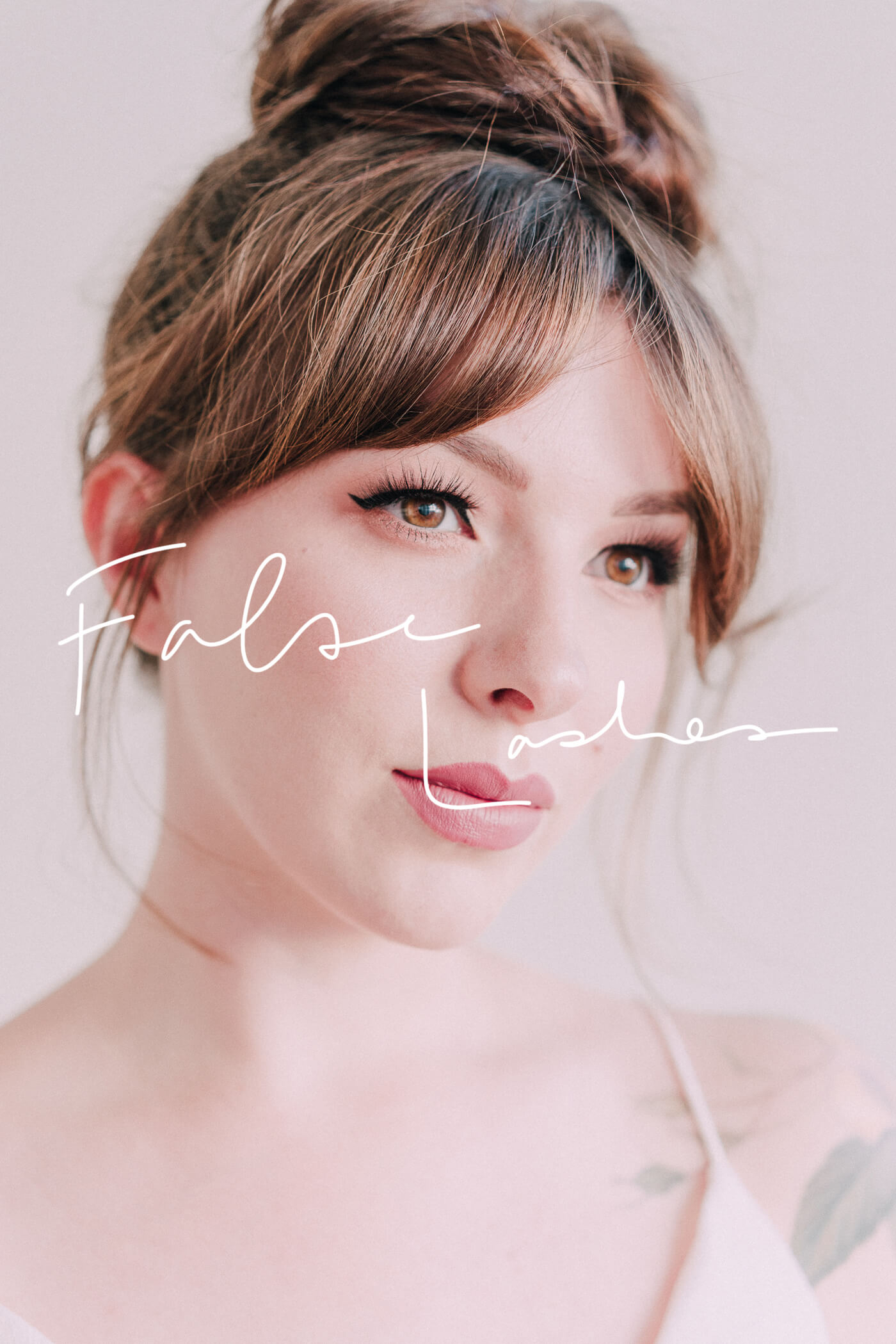 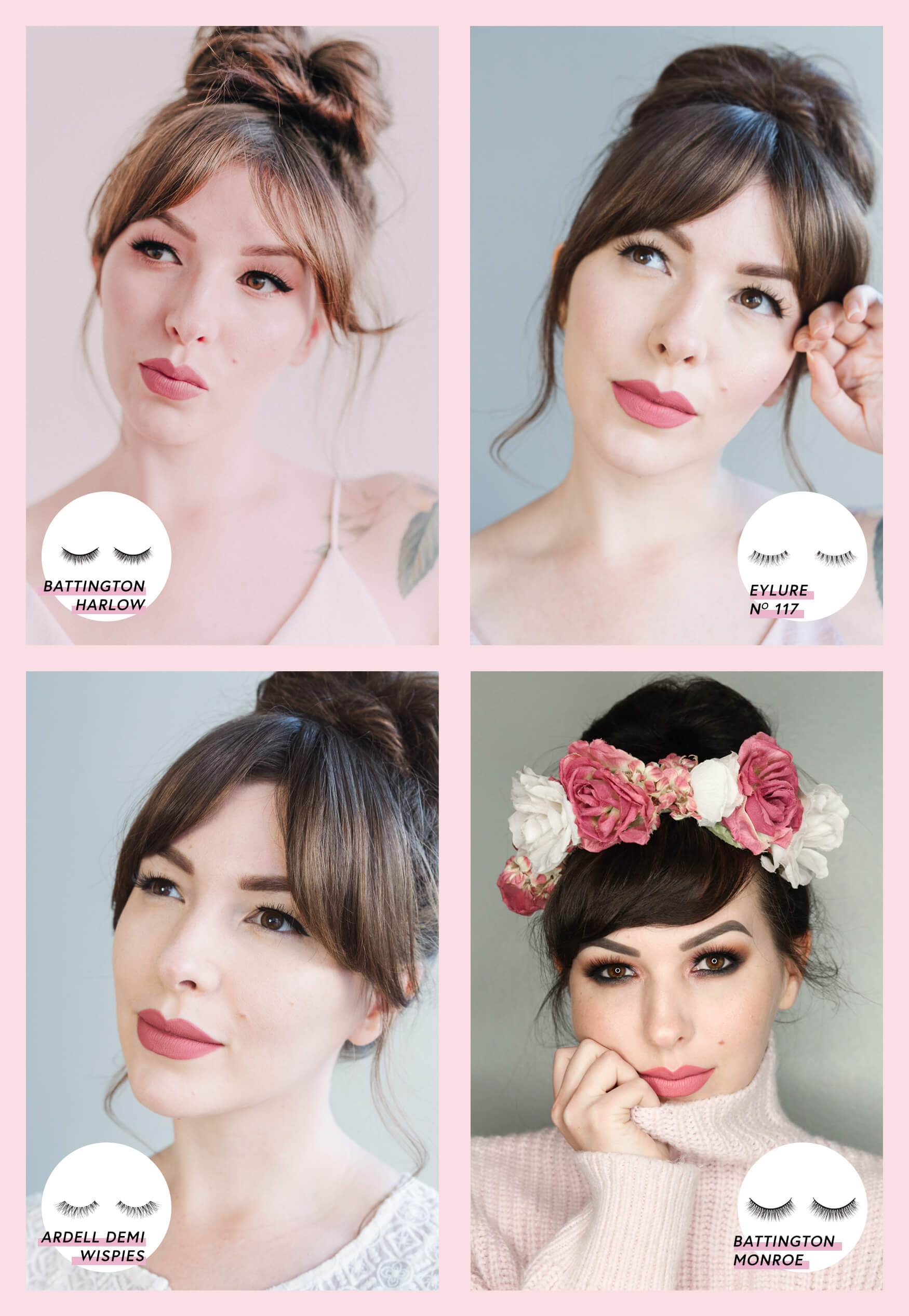 I have short, straight, thin lashes. Even the best mascara and the strongest curler can’t give me the lashes I want (though it doesn’t keep me from trying!), so I end up turning to fake ones. After a couple of years of regularly getting lash extensions — a very expensive habit that I had to cut back on — I decided to go back to good ol’ strip lashes. With countless options out there, I wanted to give you my top four favorite false eyelashes, from the lightweight and natural to the va-va-voom voluminous.

Battington Harlow: When I want drama and volume, I go for Battington lashes — and the Harlow give drama. But what I love about them is that they’re still so natural looking, not at all doll like. It’s the 3D silk style; they mimic the growth of natural lashes. The Harlow lashes are full at the base and taper off into a natural wispiness at the ends. The base of Battington lashes are a little thicker to accommodate the fullness of the lashes, so I like to wear these with liquid liner or a more dramatic eye look. Use code KEIKO for 25% off your order.

Eylure No. 117: In the battle of the everyday lashes, I think Eylure may very well be my #1 choice — but I love Ardell Wispies, too! What I love about the Eylure 117s is the perfectly messy wispy lashes. They’re similar to the demi wispies but a little more textured. The band is so light and thin that I barely feel it, and it molds to my eyes so easily, since the band is so flexible. These come in packs of 3 and I buy several at a time.

Ardell Demi Wispies: Much like the Eylure 117s, the band of Ardell Wispies is practically non existent. Available in most drugstores, these are the most convenient lashes on the market and the best bang for your buck. I get them in packs of 4 and stock up when there are discounts!

Battington Monroe:  As I said before, Battington lashes are my go-to lashes  for drama. Here I’m wearing another favorite style, the Monroe, with a smoky eye. These are similar to the Harlow but ever so slightly shorter and with fullness throughout (whereas the Harlow tapers out toward the extra long edges). These are my favorites for ultimate drama because of how fluffy they are. Use code KEIKO for 25% off your order. (P.S. this isn’t sponsored, they just kindly offered a code for my readers!)

Which are your favorites? If you have any others you think I should try, please let me know in the comments!