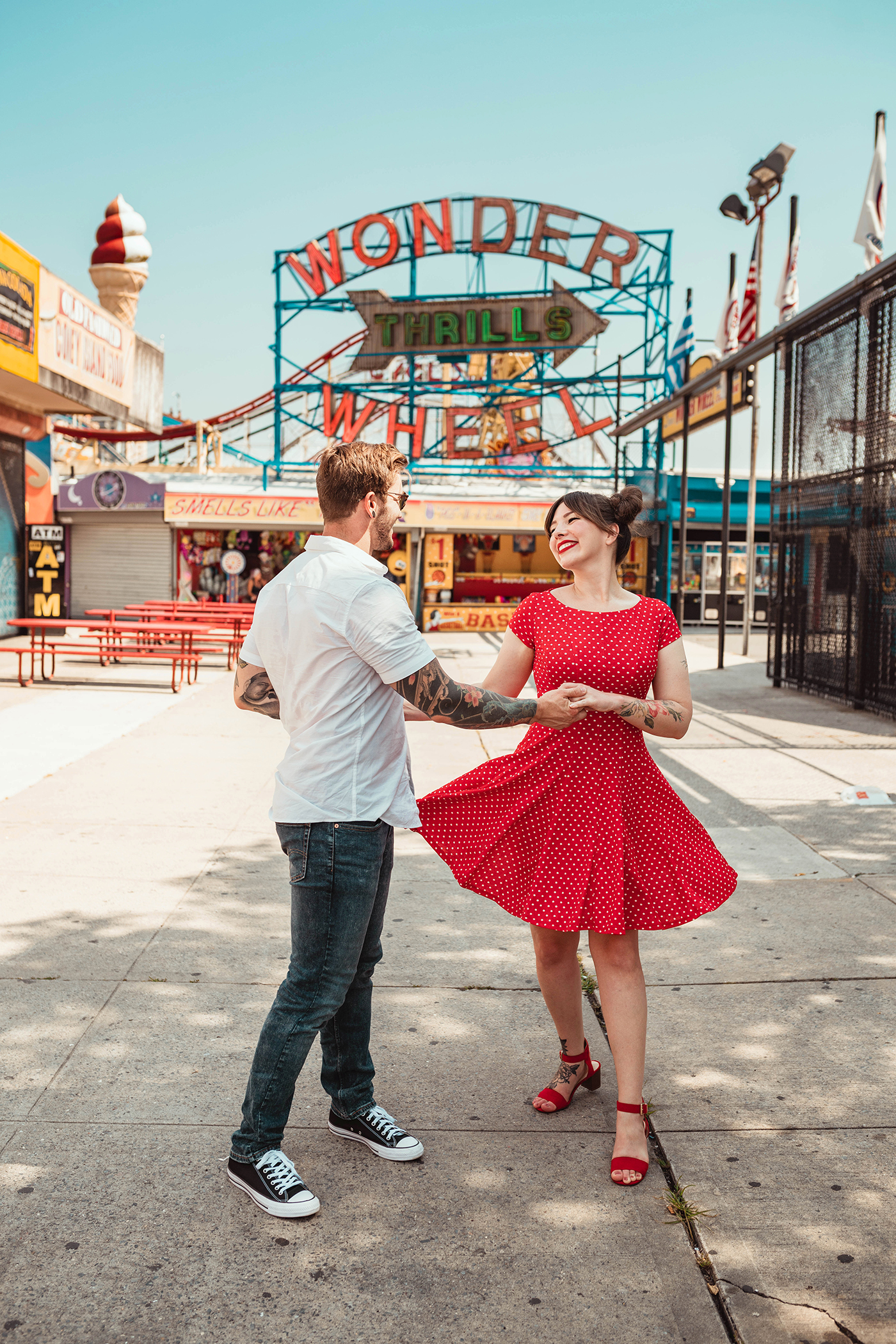 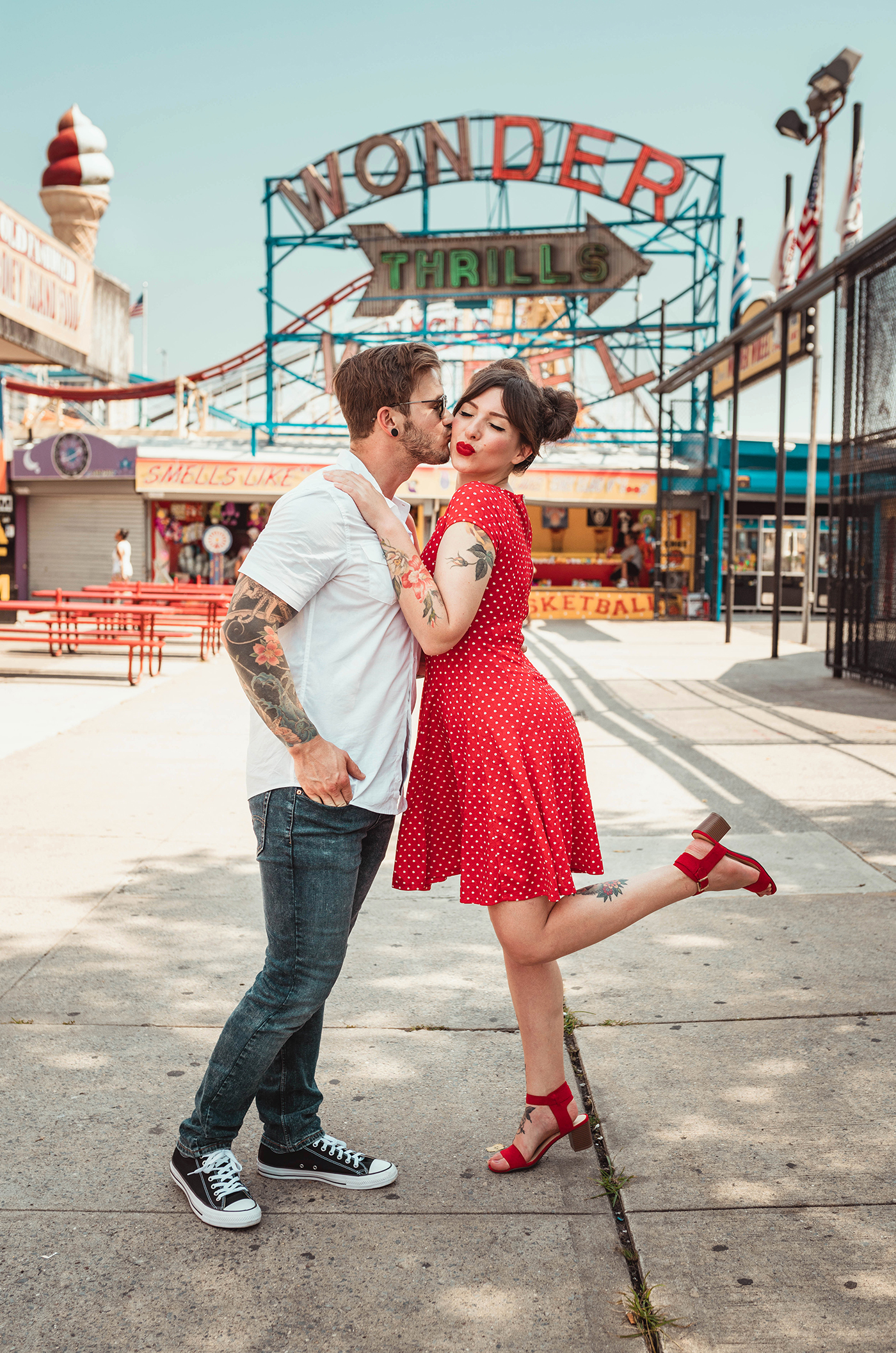 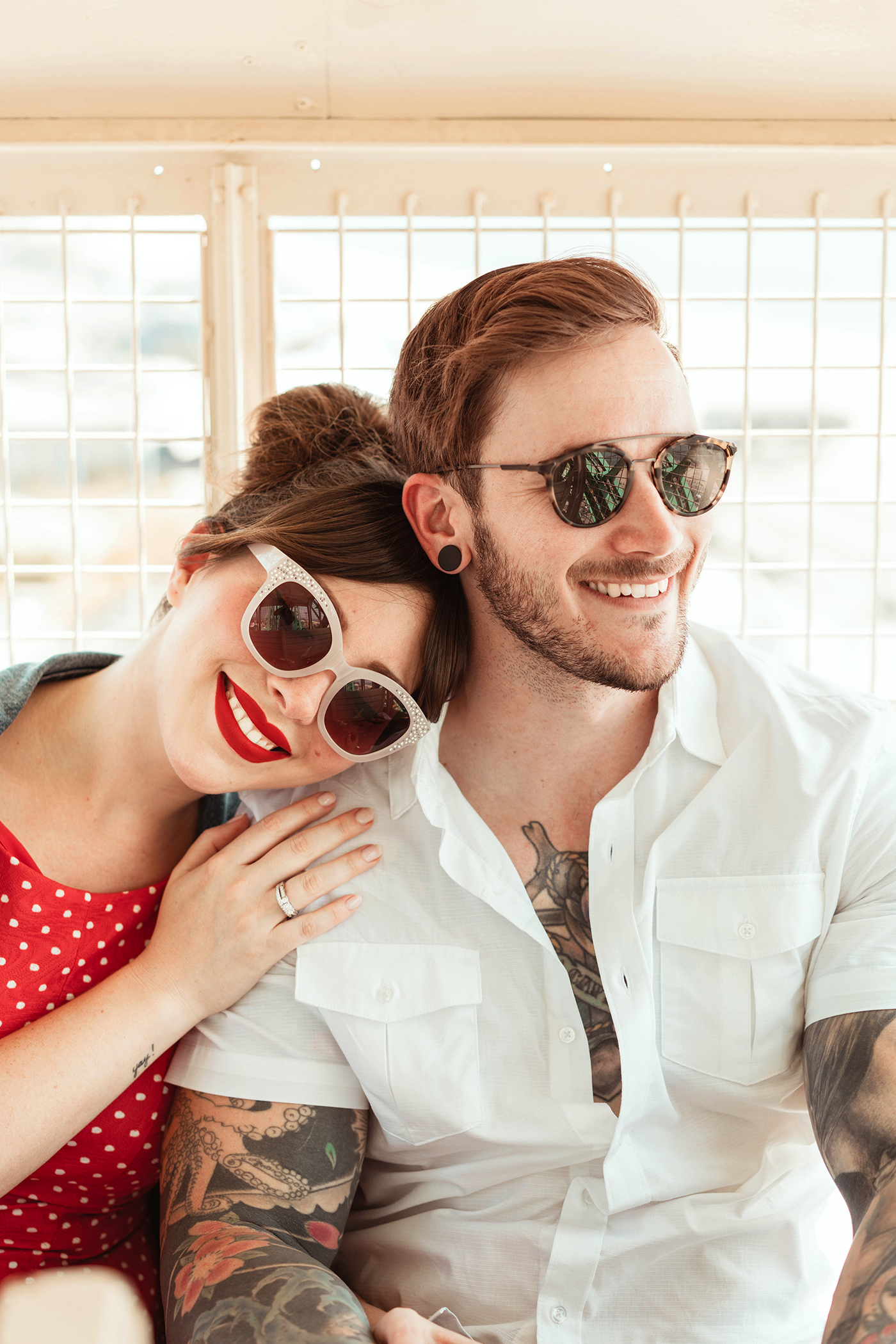 I sometimes forget that many of you saw my relationship with Bobby evolve from completely platonic to romantic, from my best friend to my boyfriend. Isn’t that a little wild? We don’t know the exact date we became a couple, but we were close friends for a few years and dating more than 11 years. It’s funny how some people react when you’ve been with someone a long time and haven’t yet gotten married. We get a mix of “When is he going to propose?!” and people who just assume we don’t want to get married. I’ve also had people say things like, “Don’t worry. One day it will happen for you.” They’re all well meaning, but seemingly under the assumption that relationships have to follow a certain timeline. 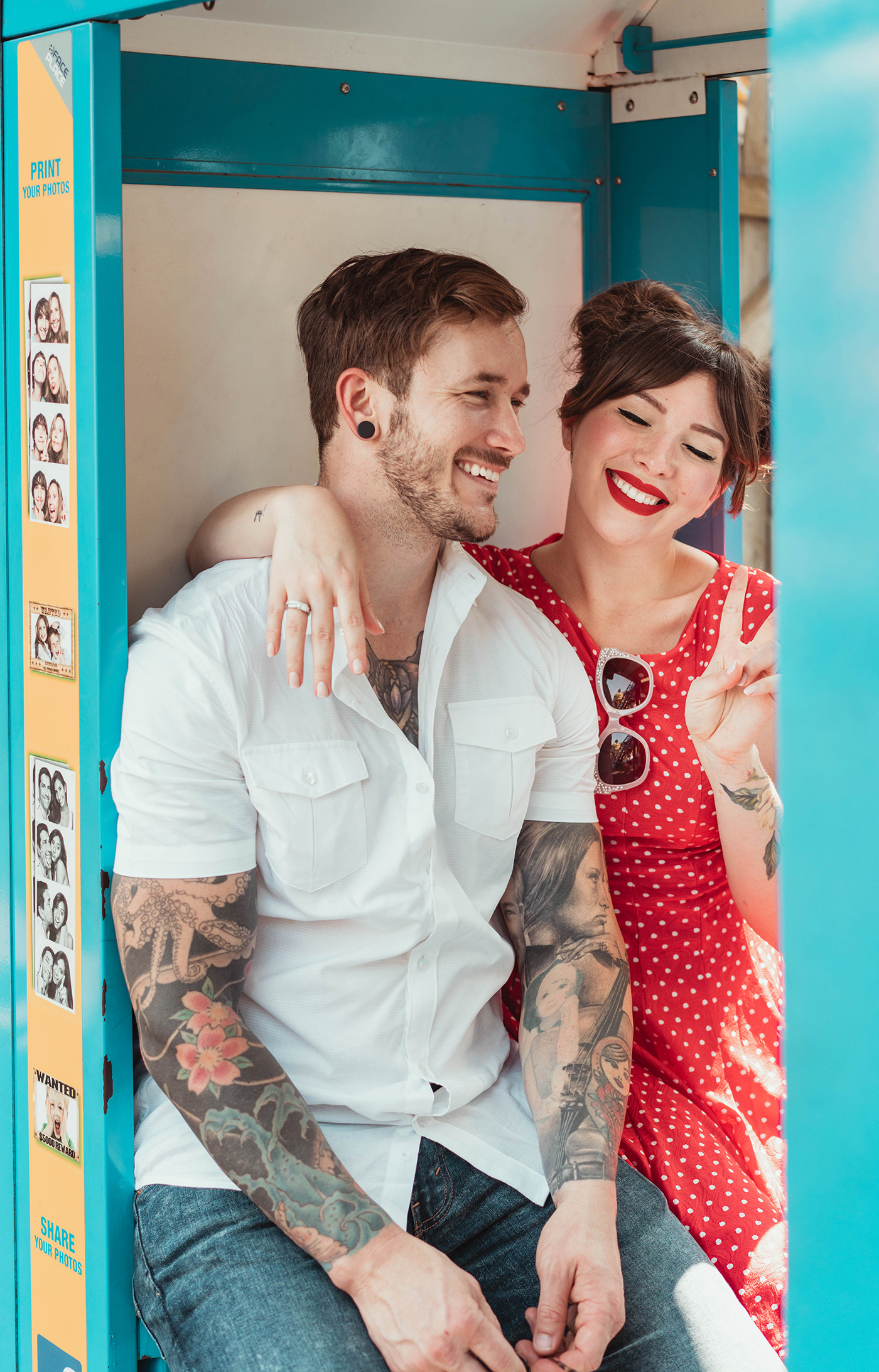 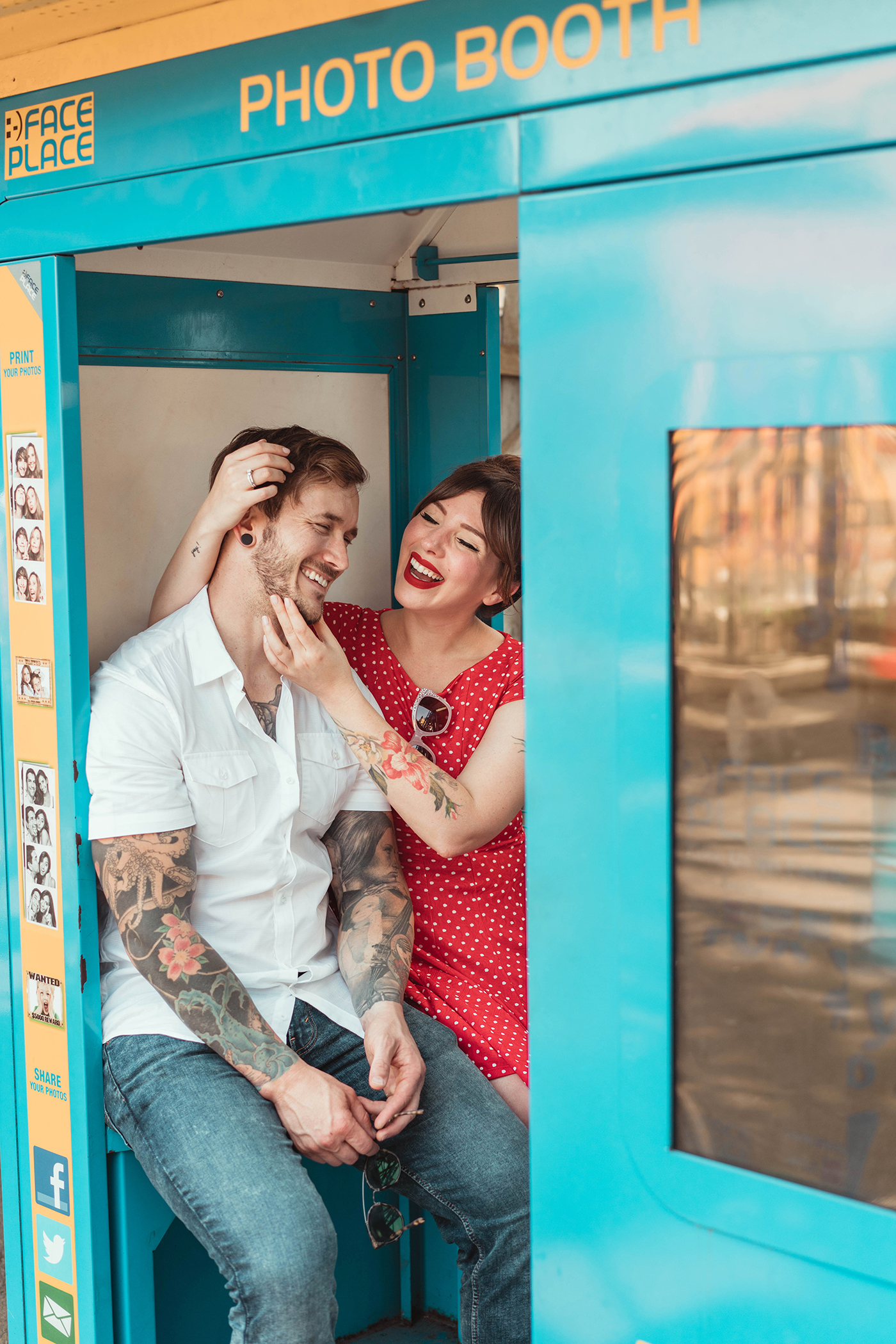 Let’s just say I’ve never been in a hurry to make it more than what it is, because if something is forever, what’s the rush? That doesn’t mean I don’t want to get married — I do. I want a wedding! He does, too. We talk about it openly, because it’s a mutual decision — and to answer the question that is asked many a time, I think we’re both getting to a point where we’ll take that next step sometime soon. But marriage aside, I love that Modern Bride and JCPenney knew we had a less conventional relationship than some of our peers, and still chose us to be a part of their story. You don’t have to be married or engaged to want to show and celebrate your love, and romance doesn’t have to be a whirlwind. It can be a slow progression, built on love, fun, chemistry, common ground, and logic alike. 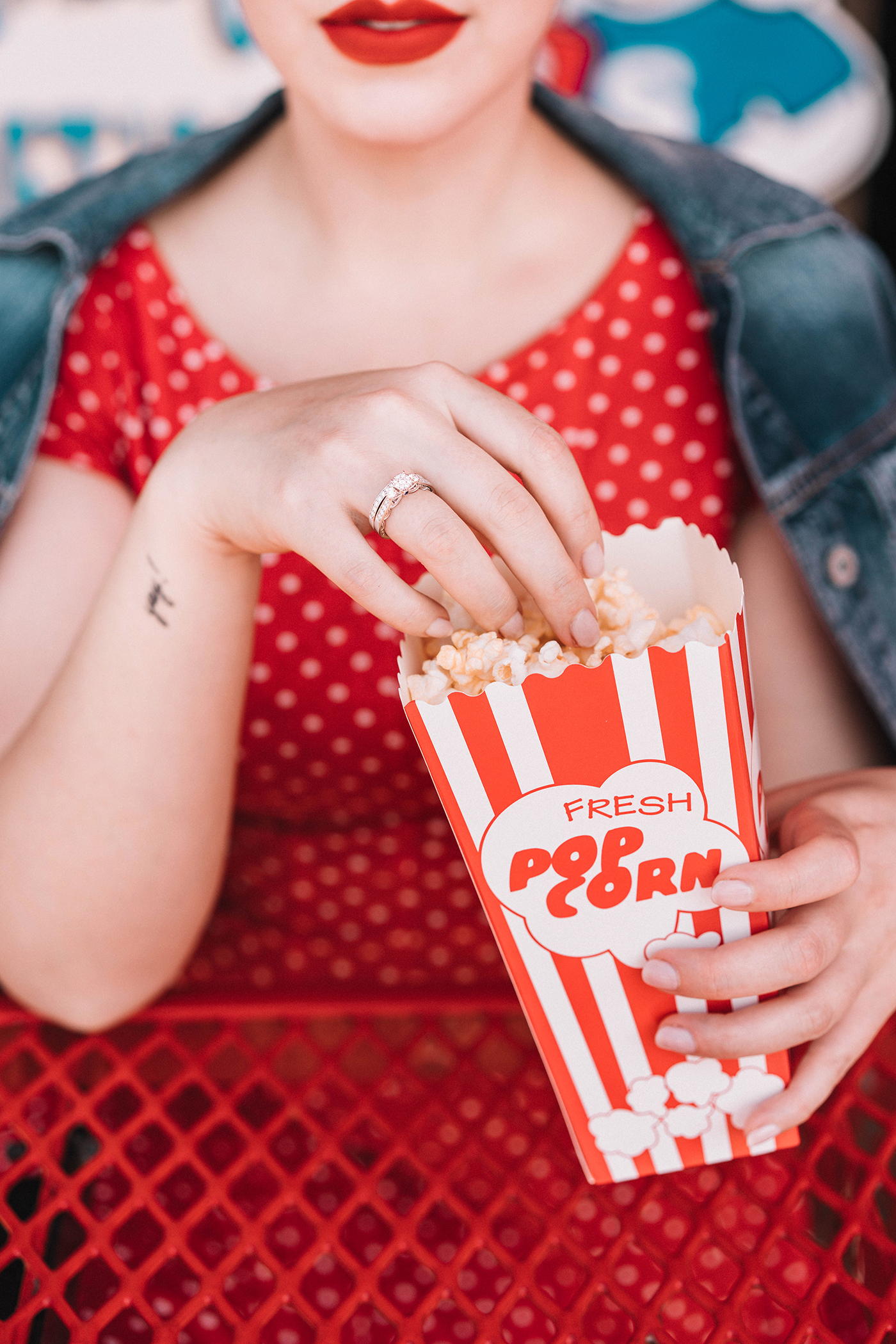 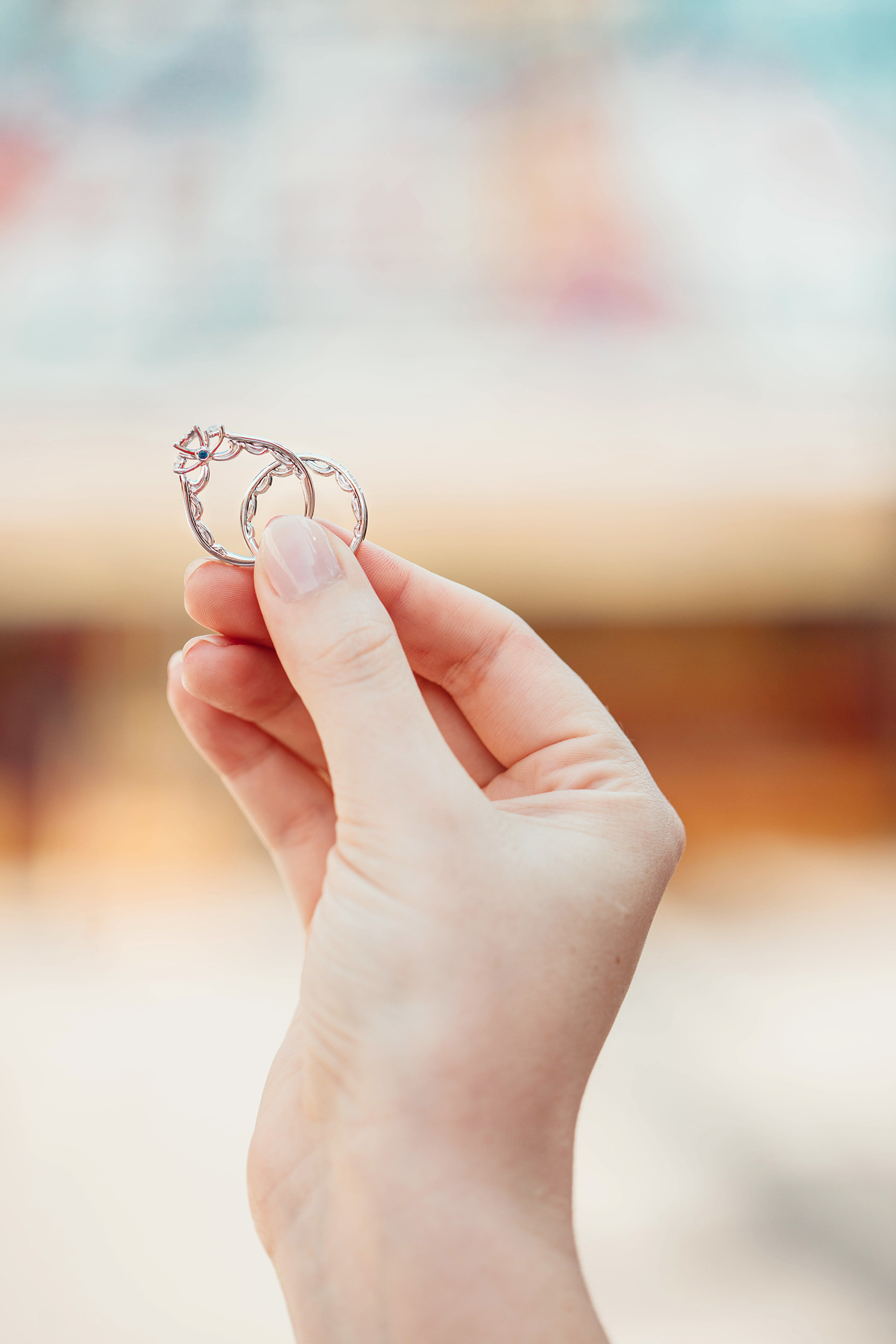 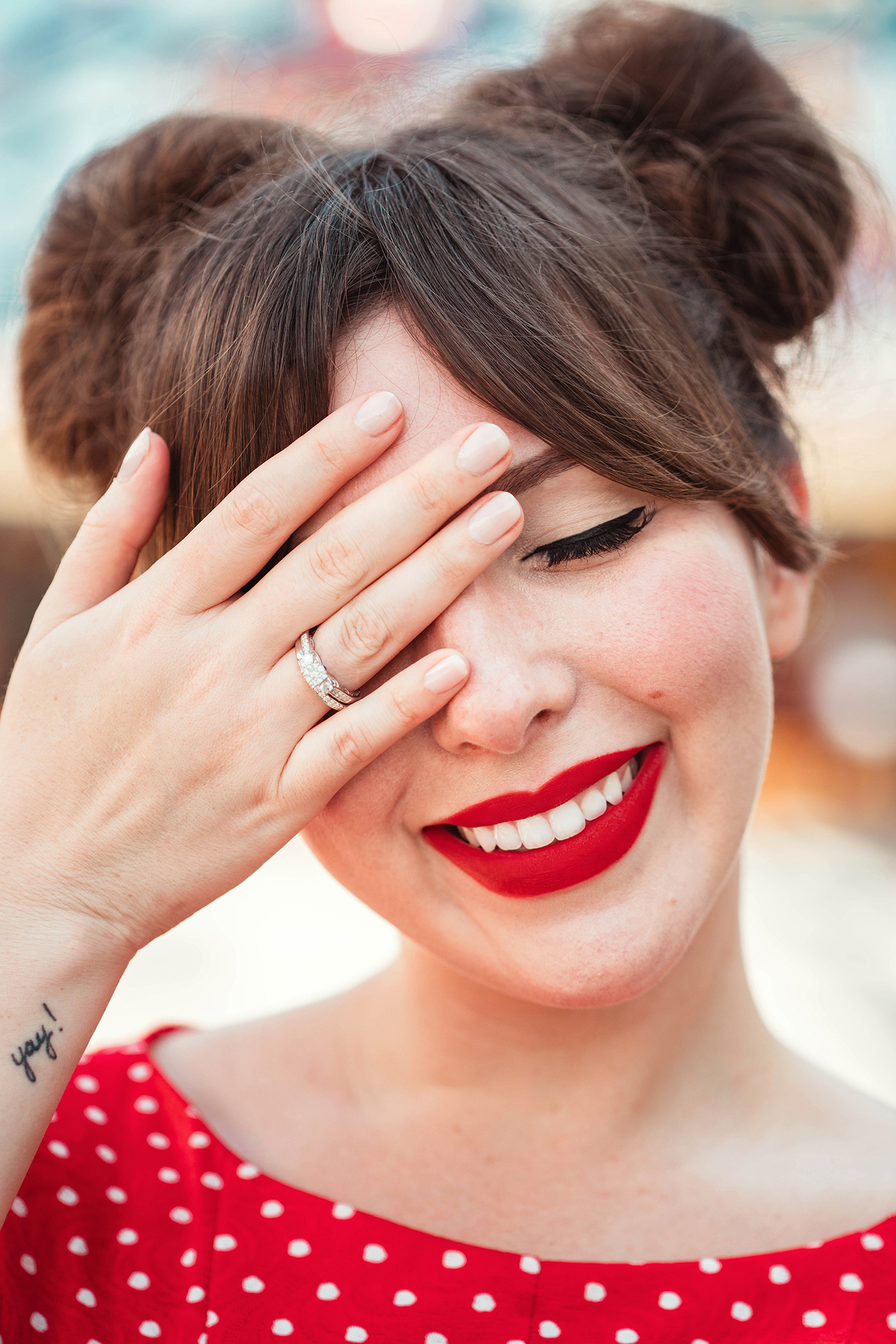 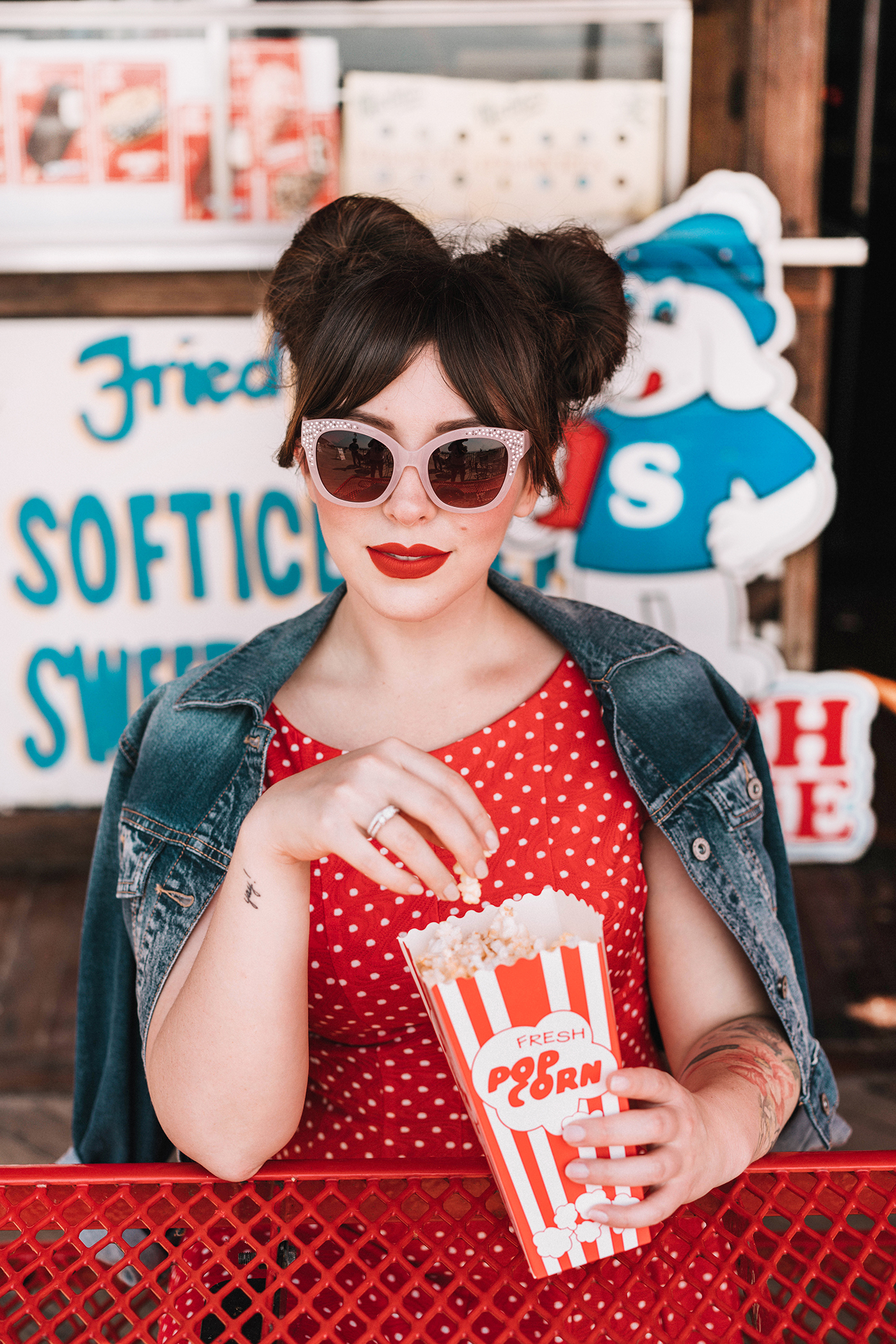 After more than a decade of building our relationship, it feels pretty fitting to celebrate it with this Enchanted Disney Fine Jewelry ring from JCPenney. A Disney promise ring is so perfect for me, isn’t it? This diamond and white gold ring is inspired by Disney’s Cinderella, with a ruffled side reminiscent of her dress. We’re both huge Disney fans, and take at least one Walt Disney World trip a year with my family. The sight of Cinderella’s castle still makes my heart skip a beat! Have you ever seen it all lit up for the holidays? It’s pure magic. This ring reminds me of that. They have so many other rings, bracelets, earrings, and necklaces inspired by different Disney Princess characters — if you’re a Disney fan like me, you have to check them out! 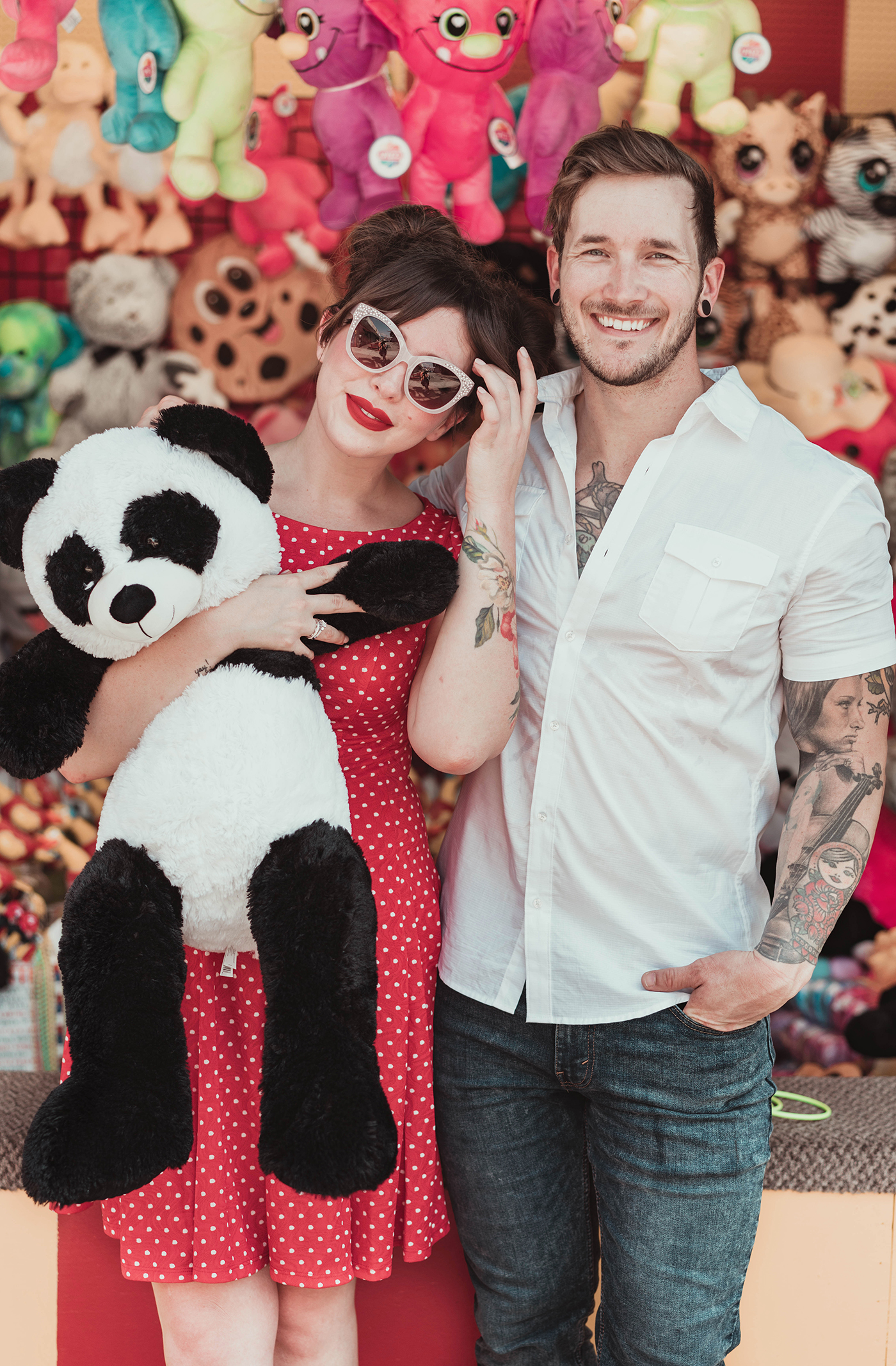 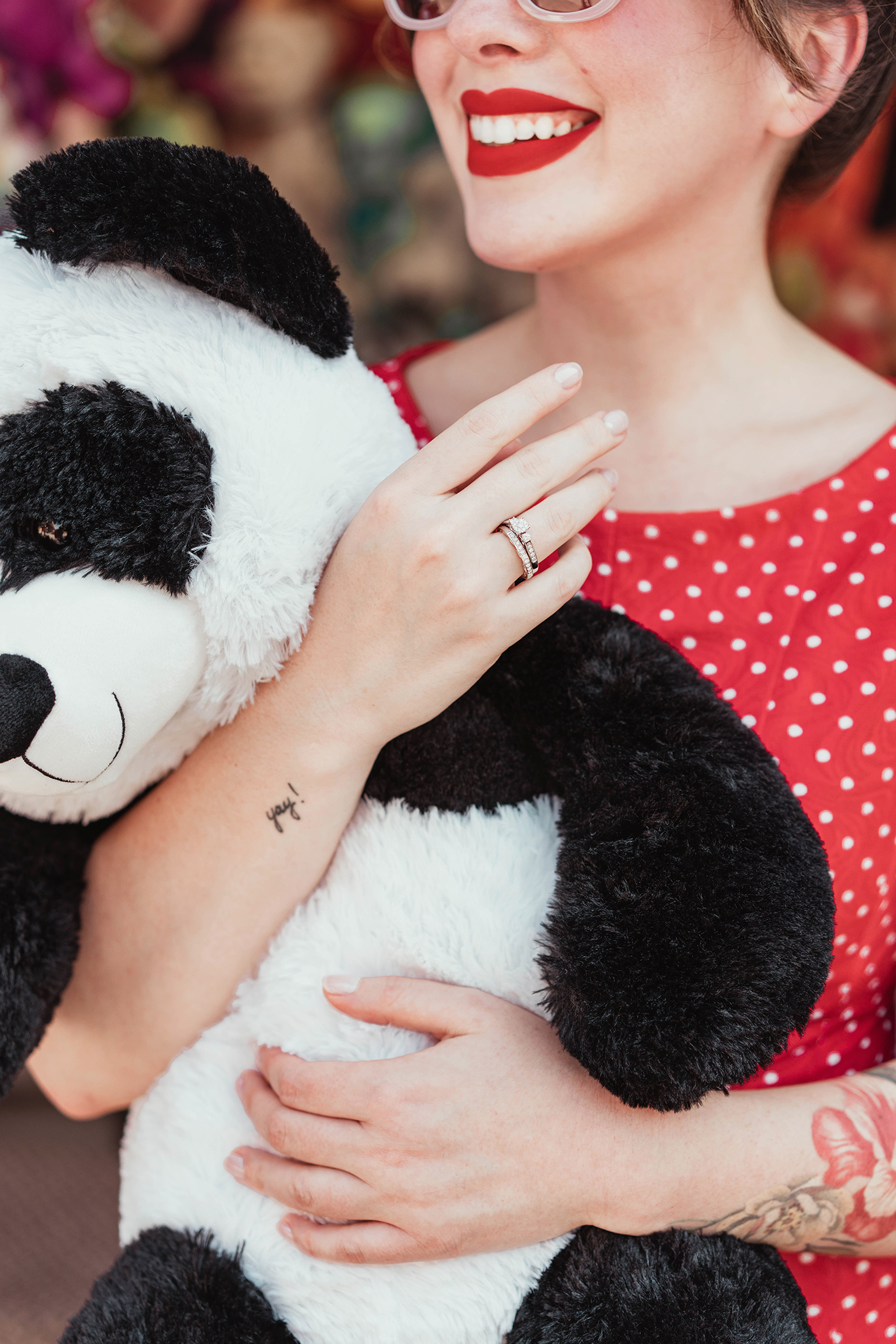 Whether you’re looking for an engagement ring, an anniversary gift, a promise ring, or a special piece for anyoccasion, Modern Bride has something for everyone — and it’s exclusive to JCPenney. The Enchanted Disney Fine Jewelry as part of this collection is just the beginning! They have so much to choose from, for both men and women. 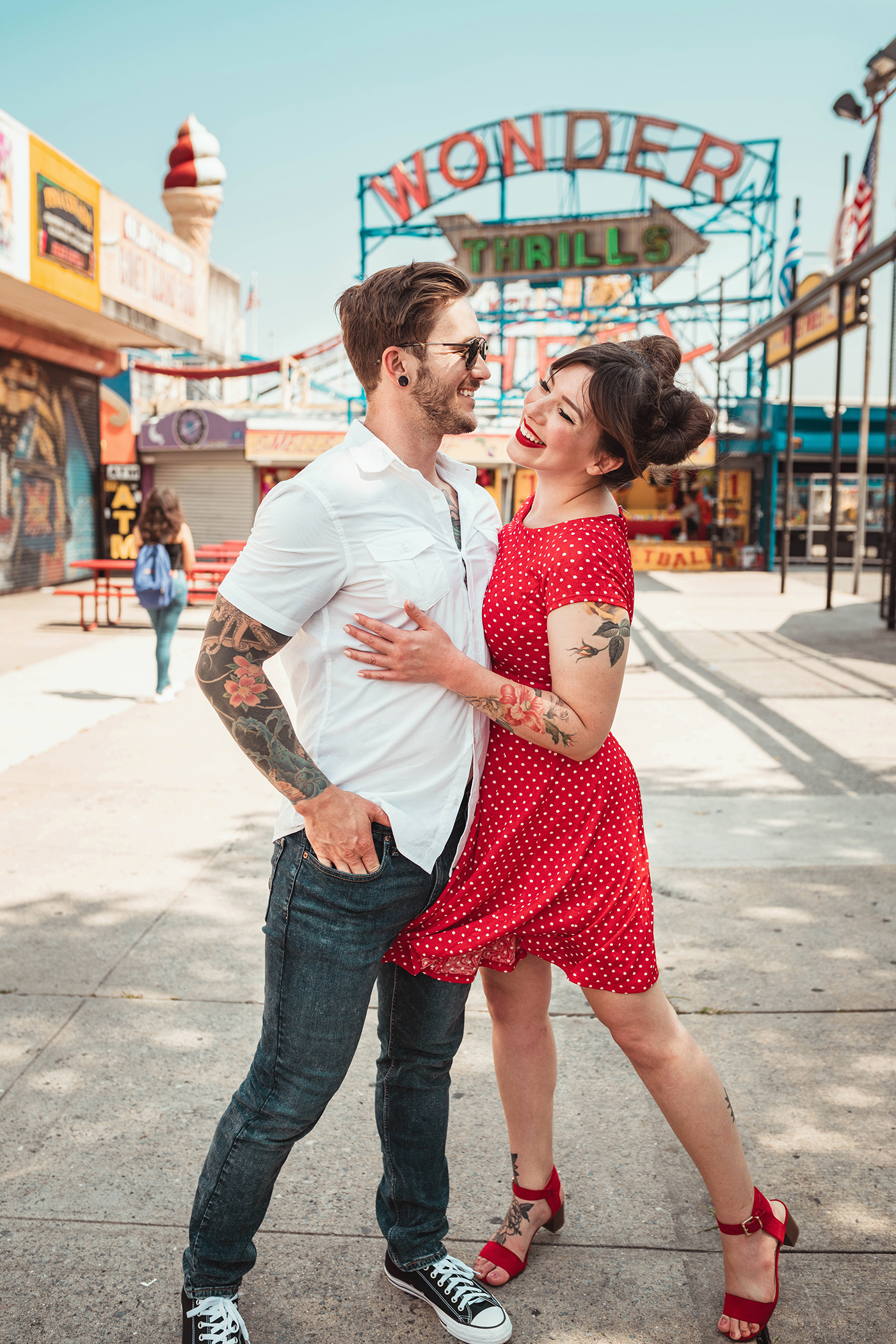 p.s. Our outfits (head to toe!) are also from JCPenney; it’s really a one stop, affordable shopping destination!