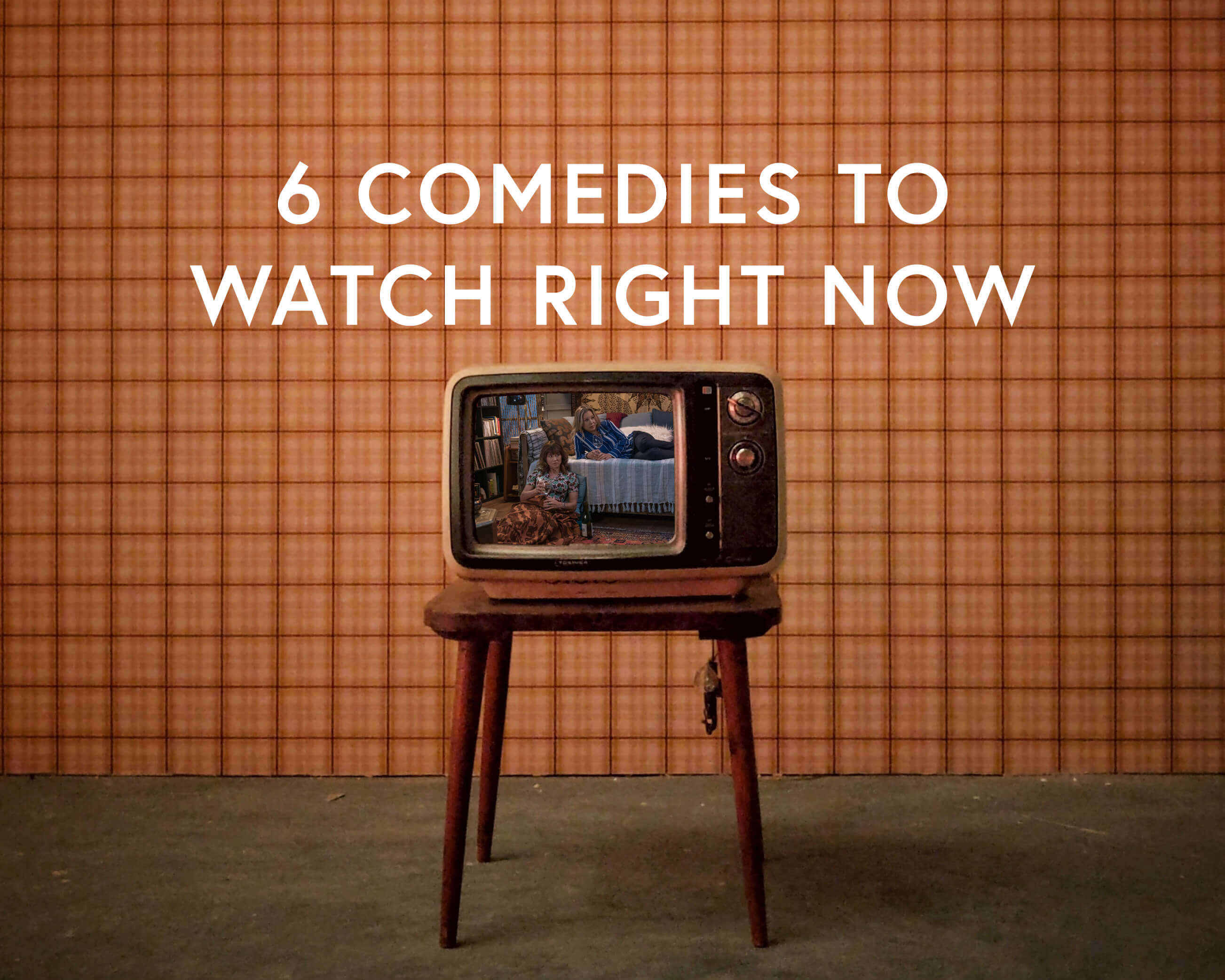 Hi! It’s Holly, Keiko’s friend who watches way too much tv. Spring is here, time to go outside and get off the couch. But if you’re stuck inside for a rainy day, looking to unwind after a long workday or anything in between, these comedies will bring a smile to your face. These shows are all available to stream online, so it’s easy to dive right in and start watching!

What are some of your favorite comedies right now?

Shrill (Hulu) – A new millennial comedy, Shrill is refreshing for its body positive message. The hilarious leading lady, Aidy Bryant, delivers a relatable performance that viewers can connect with whether it’s about body image, their career path, dating, or parent/child relationships.

Pen15 (Hulu) – Remember your awkward teen years? This show puts a strange spin on a typical teen show by casting actual 13-year-olds in the supporting roles, but the leads are played by two women in their 30s dressed as their middle school selves. It’s an adult comedy, but you will appreciate their extremely honest portrayal of the growing pains of adolescence.

Recommended for fans of: Freaks and Geeks, Wonder Years

Dead to Me (Netflix) – You know how they say that the best comedy comes from tragedy? This is a comical take on how to deal with grief, in a way that is both light hearted and dark at the same time. The premise is two women who meet in a grief support group for people who have suffered from the death of a loved one. It’s also a nice reminder that grief takes on many forms. Also,Keiko is obsessed with this show!

Recommended for fans of: Weeds, Six Feet Under

Bless This Mess (ABC) – Have you ever thought about moving out of the city to a farm for a simpler life? I sure have! This new comedy with Lake Bell + Dax Shepard explores just that, watch how two city people make the transition to a farm when they know nothing about farming.

Recommended for fans of: New Girl, Splitting Up Together, American Housewife

Ramy (Hulu) – Another millennial comedy I would highly recommend is Ramy. This new series is loosely based on the creator, Ramy Youssef’s, New Jersey upbringing. It’s a fresh take from the perspective of a Muslim American millennial and it tackles the topics of family, relationships, and identity.

Recommended for fans of: Master of None, High Maintenance, Insecure

Patriot Act (Netflix) – This is currently my favorite political comedy talk show (my one non-sitcom recommendation.) Hasan Minhaj dives into topics you don’t always see covered, including Saudi Arabia, streetwear brand Supreme, and Amazon. He’s not afraid to tackle topics that he himself he is conflicted on, like how Amazon is controversial but he still loves using Amazon Prime.

Recommended for fans of: Last Week Tonight, The Daily Show