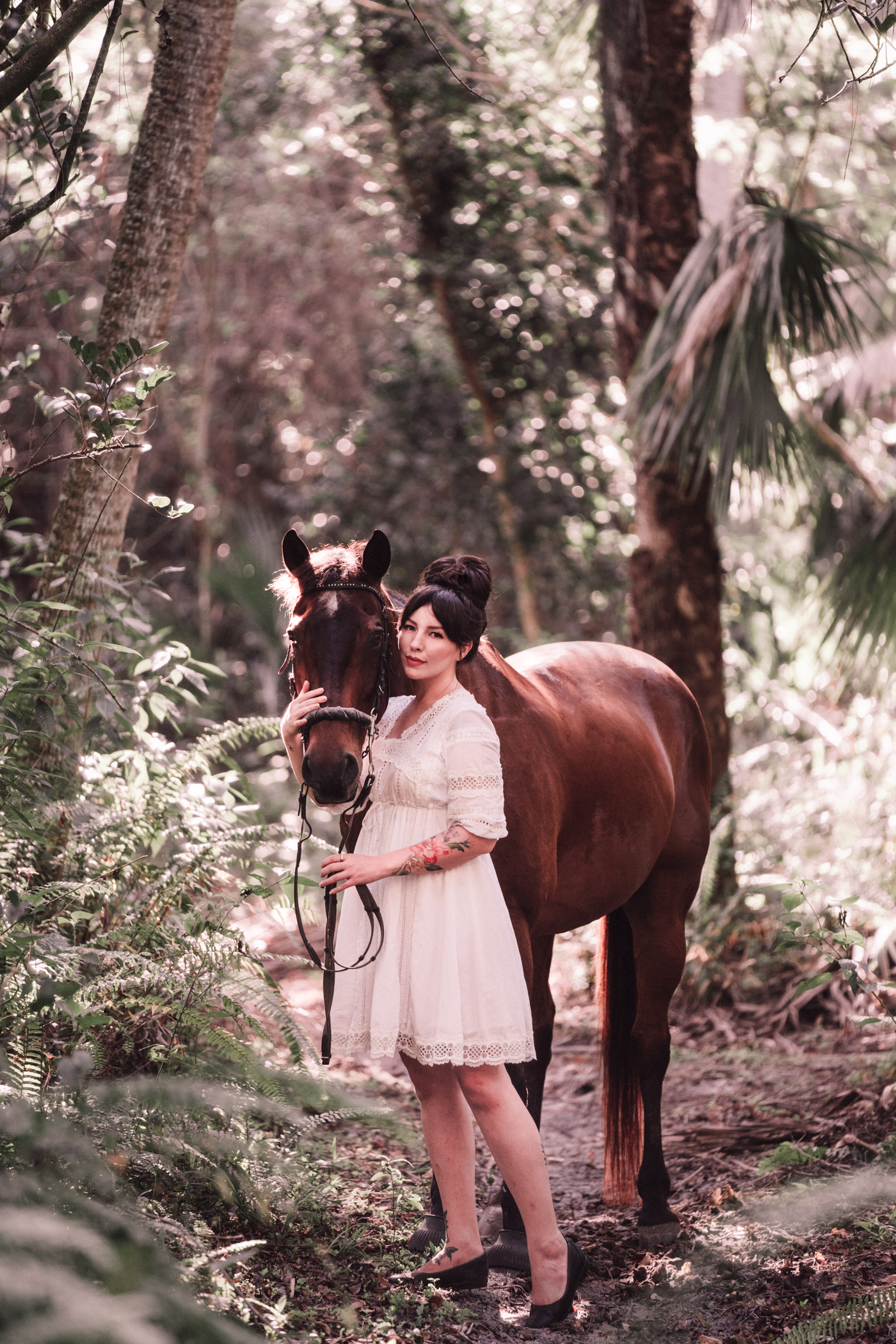 When I was a young child and struggling at home, I ran away with my pony. I made an attempt to carry my belongings by tying a bandana around a stick — I saw it in cartoons and thought that’s what you did when you were a wandering soul. It didn’t work; it just kept slipping and sliding and I couldn’t figure out how to get it to hold anything without it spilling out the sides.

I can’t remember if I just brought my backpack or left all my worldly possessions behind — my 90210 and New Kids memorabilia probably wouldn’t have fit in whatever I was carrying — but in my memory, I had my beloved stuffed panda Snowball with me. I may have inserted that into my memory to soothe my guilty conscience, because how could I have left her behind? But what I do remember clearly is this: I told my pony Shawn we were going to live off the land, tacked him up in his tiny western saddle, and we set out for our new life.

There was a field of tomatoes and eggplants right across the dirt road with a slim canal and a man-made lake where we used to take the horses swimming, and even though there was no shelter better than a fallen tree taken down by a hurricane, it seemed like our best option in an otherwise suburban city. I remember crying when we got to a part I had never been to — the land seemed to get more and more narrow and I thought we’d fall into the canal — and Shawn just turned around and brought me straight back to the ranch. He was always looking out for me. It felt like we were gone all day, but now as an adult when I think about how far those fields stretched (which are sadly now home to a Home Depot, shopping center, and apartments), we were probably gone an hour. No one even realized I was gone, because back then we would ride the horses everywhere without chaperones (though usually with at least one other kid) —  they probably just thought I was on a trail ride!

There is this small part of me that feels sad when I think of that story; I feel sick to think of my nieces and nephews being tired and afraid and feeling like their best option is running away, even for an hour. But mostly I think of those quiet moments with Shawn: how I whispered my plan to him as we walked into the fields, how we stopped to snack on a few tomatoes and picked some eggplant I didn’t know how to eat, how he patiently went along with my plan until it felt unsafe, then turned around and led us back to the ranch without any direction from me. He was my best friend; he was my sanctuary, wherever we roamed — and when I felt lost, he was there to bring me home.

I often wonder how I would’ve navigated my young life without my horses. Would I have stayed lost forever?