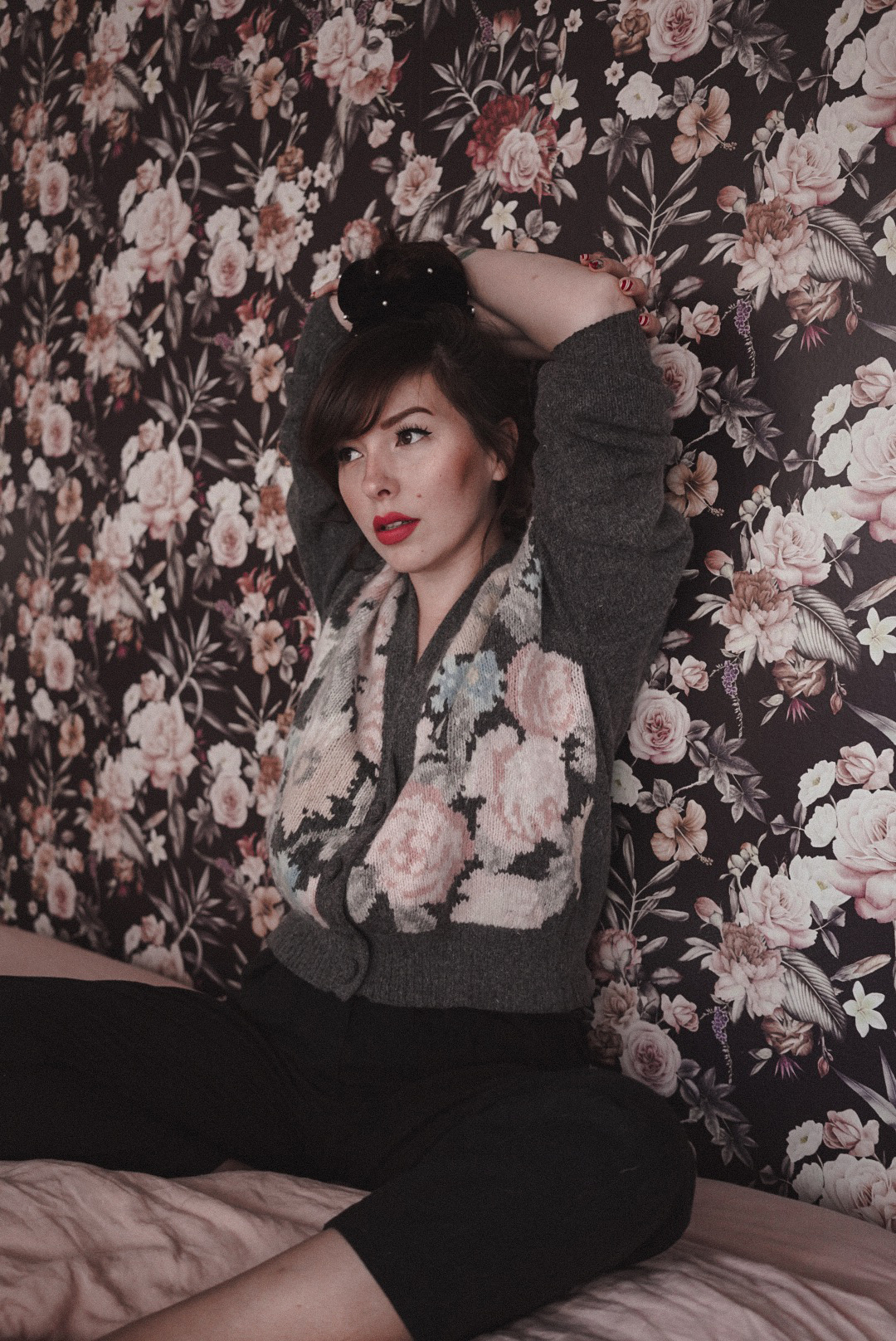 I stretched my arms over my head in a tight square basket handle, palms to elbows, contemplating the dry patches instead of my residual flu fatigue. I missed the first few days of the new year, and the very first thing that popped into my head was:

“My elbows are reptilian. I guess I’m finally old.”

When I was a little girl, I went shopping in a department store with my mom’s very glamorous, affluent friend Colette. She had a 90s pixie, pillowy lips, slim but curvy figure, and a large bank account with which to dress it. She was a little bit wild, her tastes eclectic, and I thought she was everything. While perusing Chanel’s many shades of brownish hues (“tawny,” I was told), she lamented the dry skin on her elbows and asked a perfumed sales rep for a cream. “Mine are so dry, too,” I said, in an attempt to relate on some teeny little level. At 7, I had precious little else to offer. She felt my soft, baby skin elbows and dismissed my attempt to commiserate, saying “You’re too young for dry elbows! Enjoy your youth!”

sweater and pants are thrifted, but this is the exact same sweater. pink cami on sale here

Hmm, elbows. I hadn’t factored those in as milestones in my journey toward adulthood. From that point on, I made a habit of checking them now and then to see if I was getting any older.

Enjoy my youth, yeah right. Back then, I’d count the quarters and halves of my years. Already one year younger than most of my classmates, I was eager to speed up my aging process—7 and 1/2, thank you very much—as if I could somehow catch up to their ages if I just tried hard enough. Eventually, friends started wearing training bras, but I had no need. They graduated to real bras; I still had no need. They shaved their legs, and I had barely anything to shave. I eventually started wearing bras—still had no need—and even attempted to shave the tiny bit of leg hair I had, just to feel like one of the gals. No boobs, no hair, no hips to speak of. Face still full with cherubic cheeks. Elbows? Still soft. I wondered if my peers, in all their almost-one-year-older-than-me maturity had dry elbows, the pinnacle of sophistication. Did they slather them with Sun-Ripened Raspberry lotion from Bath and Body Works? Warm Vanilla Sugar? Cucumber Melon? After my “I struggle with dandruff, too” embarrassment (we’ll save that for another day), I was afraid to ask.

At some point, I stopped checking my elbows to see if I’d grown older. I’d love to say that it was because I realized it had less to do with age and more to do with my skin’s hydration, but it was probably around the same time I stopped adding quarters and halves to my age. Or when I realized I wouldn’t ever be buying a bra larger than 34A. Somewhere between impatiently waiting to grow older and hopelessly wishing I could slow the clock down, what every adult said would happen came true: I missed the silly little youthful things I took for granted. I was in such a rush to catch up to my older peers that I didn’t stop to think about what else comes with being a teen: period cramps, bras (bleh, I still hate them), a whole lot of homework, and even more heartache. Having dry elbows were no longer a concern, because I was too busy wondering why adults didn’t tell me there was a cut off age for trick or treating. I still feel cheated. How dare they.

So here I am, 2020, which feels like a very big landmark in terms of years and the fact that I spent much of my life under the assumption that my life would end at 25 (I guess that’s yet another topic for another post), and for some reason all I could think about was how my elbows were so dry, and did that mean I was old, or that I was [finally] a little bit like Colette? And when did I last check my elbows? How long had they been like that? My grey hairs agree I’m on the verge of the former, and I no longer have the number of the latter for comparison. And as much as I’d love to view myself as a devil-may-care, wild and free 90s manic pixie dream girl like her, I’m much too grounded and a bit of a fuddy dud and who am I even kidding, I guess I’m just getting older and need to use more lotion and maybe start getting my hair colored again. Luckily, I still have those full, cherubic cheeks. Adults always said I’d grow to appreciate them. Turns out, they were right about that, too.

I hate admitting that. Although, at 35 and 1/3, I suppose I’m an adult, too. Maybe in addition to a more rigorous elbow lotion routine, I should start rounding down. 35, thank you very much.