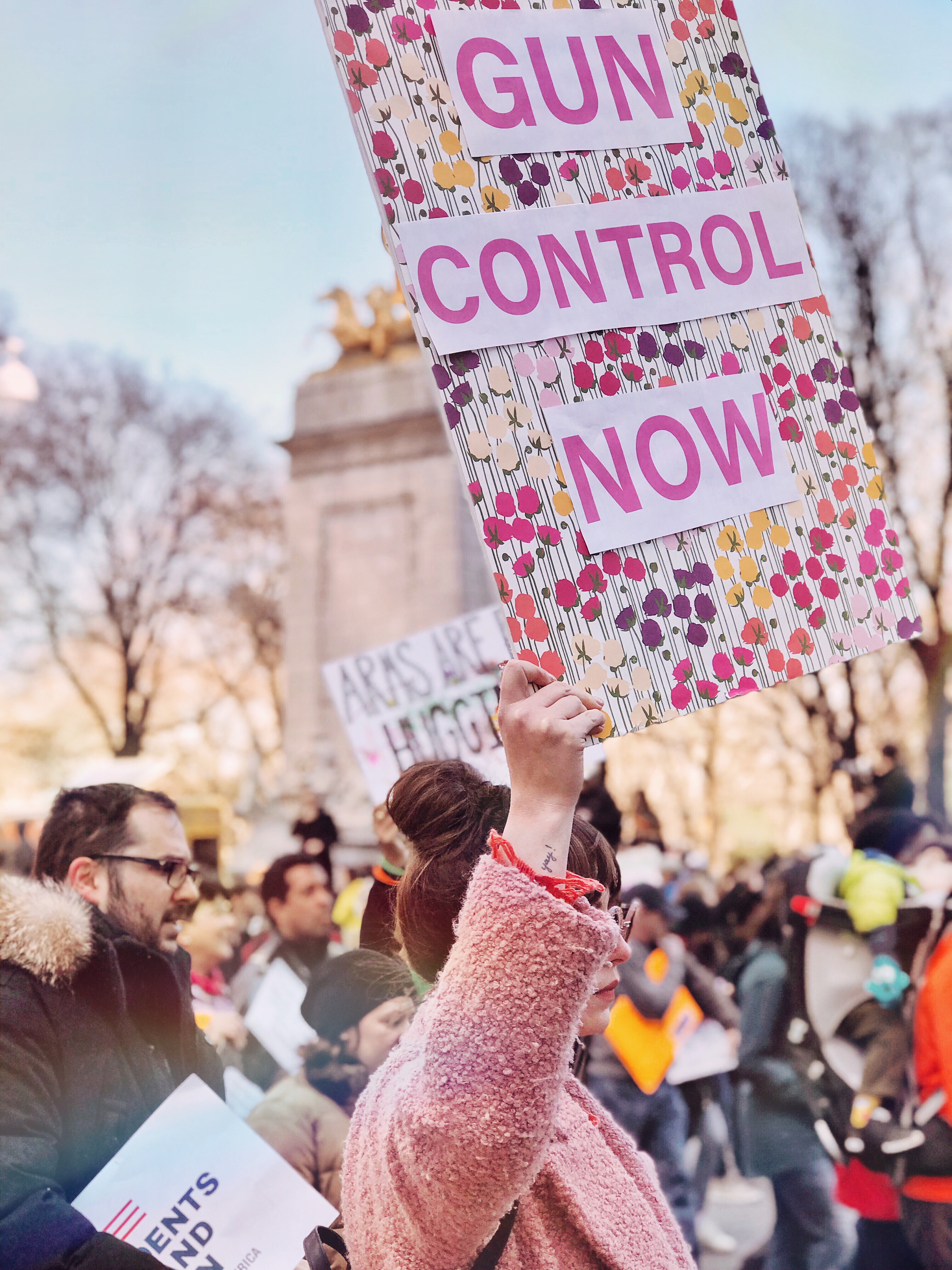 Let’s get straight to the point. This is not a left or right issue, and we are seeing that nationally as people on both sides — led by students, let us not forget that — are coming together and saying, “Enough is enough.” The only way we will see a change is by working together, and making our reps do the same. It’s time to listen. It’s time to act. It’s time to see gun reform as a necessary evolution in our rapidly changing world. The whole reason our Constitution left room for amendments in the first place was to reflect the changing needs of our nation, and I think we can all agree that our nation and the weapons within it have changed a great deal since the second amendment’s 1791 ratification. But let’s be perfectly clear: we aren’t asking you to give up your second amendment rights. You can hold onto those, but remember that those rights are not (and haven’t been) unlimited; “well-regulated” is literally a part of the painfully vague and utterly confusing amendment. We are just asking for simple protections and restrictions that would save lives at its best and be a minor inconvenience for some gun owners, at its worst. We are asking for compromise.

Responsible gun owners should (and many do!) want stricter legislation. Gun violence and preventable accidents give gun owners a bad reputation in the eyes of so many, so why not protect your image and the lives of others with common sense reform? Let’s put aside the fact that someone with endless red flags was able to legally buy an AR-15 with no problem. Let’s even put aside anyone whose intent for a firearm purchase is to do harm to others — just for a second — and consider this very basic thought: It’s ridiculous that someone like me could go and buy a gun with absolutely no training or knowledge on how to properly handle one. RIDICULOUS. I’m a law abiding citizen who would never want to do any harm, but is it right for me to be able to get a gun without knowing how to use it? Without taking a safety course? Why is that okay? And why is there a federal loophole where private sales don’t require background checks in most states? Why don’t we make it harder for people to buy a gun, whether they’re unfit and ill-willed or simply inexperienced? Why do we make it so easy for things to go wrong?

To drive a car, I had to take a class, and then get my permit, hold that permit for one year so I had time to practice driving with a licensed driver (I missed the 6 month cutoff), then take both a written and a driving test to obtain my license. Safety measures (buckle your seat belt, adjust your mirrors, check behind you for oncoming cars or pedestrians), three point turns, full stops and signals and the whole bit — there was a checklist I had to successfully complete. I understand the need for that, because an automobile can be incredibly dangerous. I’m a responsible driver and I don’t want unlicensed and uninsured drivers on the road. And when licensed/insured drivers are acting irresponsibly — say, speeding, cutting people off, running red lights, driving under the influence — I am relieved when they are ticketed for their offenses and have their licenses revoked for severe infractions. Traffic lights, stop signs, speed limits, air bags, seat belts — these are some of the everyday ways we have made driving safer, and as new risks come along, new regulations and safety measures are put in place accordingly. While they don’t end injuries and deaths completely, they significantly reduce the risks. According to the CDC, seat belts alone have saved an estimated 255,000 lives from 1975 to 2008 — and that’s one safety precaution of many. There will still be accidents and subsequent deaths, but these protections are worthwhile because they save so many lives. It shouldn’t be all or none. Maybe we should apply that thought to gun safety.

Gun control is rarely a [nationally] popular topic until a mass shooting occurs, and then the Now-is-not-the-times suffocate the half-hearted calls for change, which dissipate until the next tragedy briefly rouses us from our slumber, and then we’re back into our cycle of perpetual inaction. This feels different. It’s largely in part of the resilient survivors who are shouting Now-IS-The-Time and refusing to let this be just another faded headline, who are taking congress to task and demanding other voters do the same. Yesterday, I marched with almost 200,000 people in NYC — one of hundreds of sister marches to the March For Our Lives, where an estimated 800,000 attended. As I looked around the crowd, I saw people of all ages and backgrounds (and thought of my amazing grandma who marched in Parkland), but the student turnout was the most remarkable. It was like nothing I’ve ever seen before. These are our future voters — and I, for one, am so hopeful. Many will even be old enough to vote by midterms, and if yesterday is any reflection of the near future, they will be voting. They are passionate and driven and hopeful for change, and I’m endlessly inspired by their action that has already created more change than we thought was possible. It’s time to listen to what they have to say; it’s time we let them take the lead. But their efforts will not succeed without our help, and we owe it to them to keep their momentum going and amplify their voices with our votes. We will not all agree on the extent of gun reform, but the greater majority of Americans support stricter gun laws of some sort. That means inaction = unacceptable. Left and right, let’s hold ourselves and our reps accountable — now is the time to demand action. We need a change. And if our reps refuse to listen and act, we will VOTE. THEM. OUT.

We owe it to our country; we owe it to these kids. They are our future. Let’s ensure they have one.