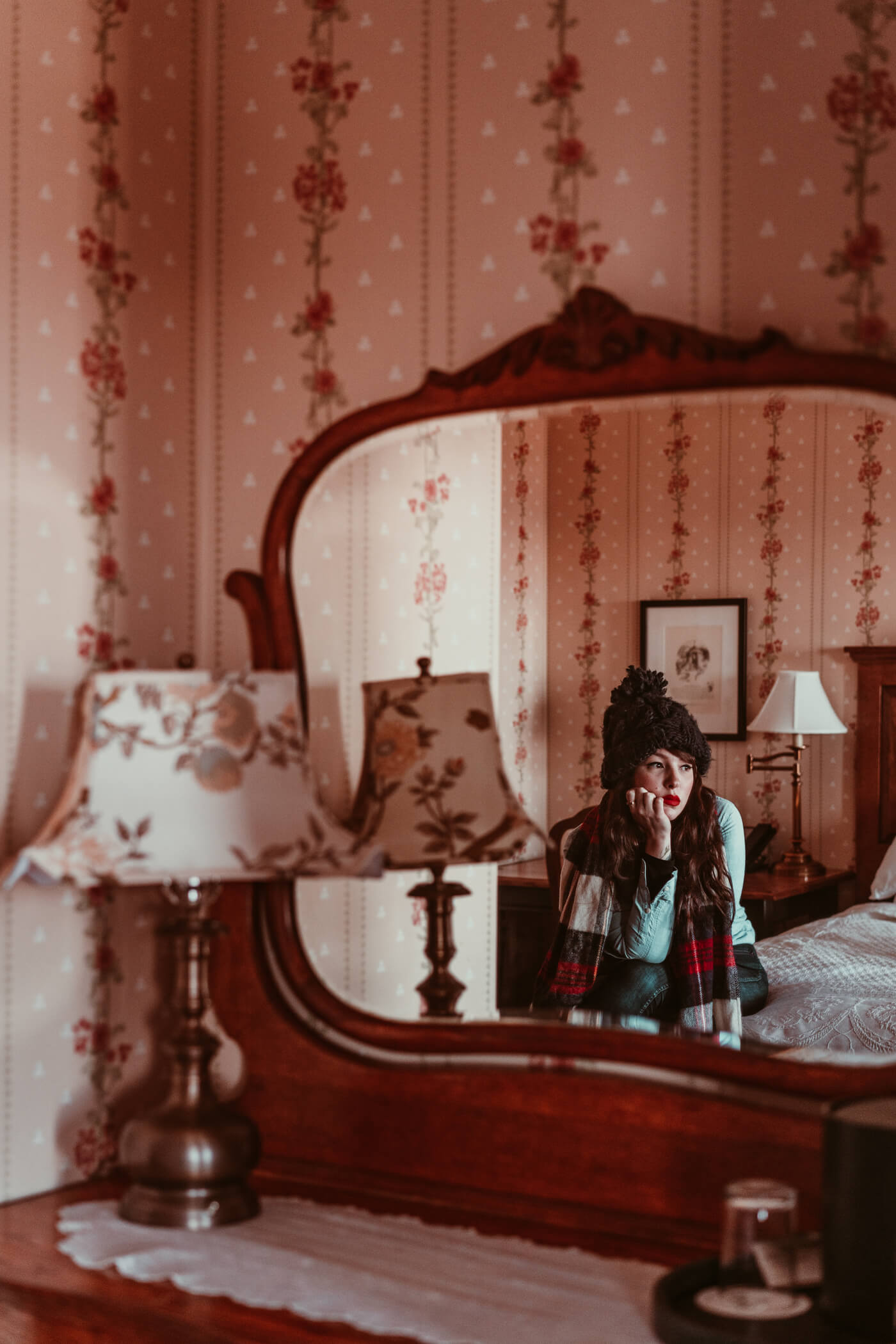 Have you ever found yourself filling every possible break in a conversation because the silence is too uncomfortable? Ever since Bobby stopped drinking, he’s had a harder time in unfamiliar, larger social situations—and while my anxiety tends to pull me inward, he turns into a hyper-extrovert with little to no filter. His conversation style could sometimes be described as word vomit but in the most excitable manner. While he loves meeting new people, he also can’t resist the urge to close every tiny gap with rapid-fire words and sound effects. I sometimes have to remind him, “Let the conversation breathe.” He’s a passionate, happy-go-lucky person by nature, but I can always tell when it’s not his excitement but anxiety taking over, because he can’t stop himself from saying everything all at once. Also, things like “Pa-pow!” with an air punch. Classic Bobby Hicks.

Although really, who am I to give advice when I have a hard time starting the conversation in the first place? Better to be Bobby’s excitable but jumpy puppy dog personality than my “I’ll just hang here and be a wallflower until someone comes and talks to me” personality. Better your first impression be over the top than icy and stand-offish, right?

But better still to meet halfway; converse at a comfortable pace and remember to let it breathe.

The same could be said for music—or, at least my taste in music. Case in point: there was this band that Bobby and some friends used to listen to a lot. And I won’t name them for fear of the poor guys googling their now defunct band’s name and being taken to some random blog who criticizes their art. No sir, I couldn’t live with myself.

I won’t deny their talent; they were technically good and had all the bells and whistles and weird time signatures that lovers of math rock ate up. I mean, I can get into a unique sound and loved some math rock bands in my day (gosh I’m old), but you know Coco Chanel’s storied advice to look in the mirror and take one thing off before you leave the house? They took a look in the mirror and put more things on. All the things in their closet. Which is fine—I support a maximalist point of view—but then they went in with another layer of vocals and oh my gosh, weren’t they suffocating? The vocals, always at an 11 to match the music’s 11, went directly to the irregular beat and continued, over and over without a single break, without one moment of letting the music just breathe.

It felt like a nonstop competition between every participating musician and it made my overloaded brain hurt. But to others, it was everything. I’m not saying it was wrong or even bad. It just wasn’t for me.

You know what that makes it? Dynamic. If it’s all at maximum level, it’s missing that factor: a change of pace, a quiet shift, a less complicated moment to highlight to the more major ones. Take a few pieces off, put some back on. That’s where the magic is. For me.

Lately, I’ve been living my life by the very method I’ve been so averse to in conversations and music: I’m filling every possible minute that could and probably should be a moment to breathe or deal with reality, because it’s uncomfortable and sad and it hurts and I don’t know what else to do. I’m not letting the conversation breathe. And I’m singing at an 11 over very loud, erratic music without taking a second to catch my breath. I mean that in the most Keiko way possible—it’s not like I’m an adrenaline junkie or staying out all night doing wild and crazy things.

I’m just planning out every possible day and filling my calendar to stay busy, busy, busy. No time to breathe=no time to cry and by golly, if I take the time to do my makeup, I’m sure as hell not going to cry it off. Because that’s impractical and a waste of time and I just don’t have any of that because I don’t want to.

There are few quiet moments to recharge and reflect on the good things I’m trying to pack into my life like a rapid game of Tetris with no room for error. Because it hurts. The quiet moments hurt. I used to live for those, but now they make me feel like I’m dying.

I’m chasing happiness like it’s something to be captured and caged. And truth be told, I’m both exhausted and no closer to conquering joy or making it my faithful, domesticated companion. It’s not the constant stimuli and adventure and pursuit of happiness that’s tiring me (that’s the fun part!). But rather, the panic when I don’t have it right around the corner. And the total meltdowns when I have to spend one day inside, alone with my thoughts and a broken heart held together by Hello Kitty bandaids. You know, the cute ones that don’t totally do the job? I’ve always chosen them over the more functional ones, and I suppose that says everything about how I treat my physical and emotional wounds. A cute bandaid, a little lipstick. That’ll do.

I’ve often said that always having something to look forward to is a great way to keep your spirits up, whether it’s a trip to Europe or simply brunch with friends. I stand by that 100%. But at this current juncture, I’m stressing about what’s going to happen next before I’m even through the first three things on my planner. I was dreading our Mohonk Mountain trip ending the very moment we checked in, because I had been looking forward to that since Christmas. So I started talking about Tulum with Kim. And then we’ll go back to Florida with the kids. But what about after that? What about the first week of March? I can’t be idle the first week of March. It’s too soon. Can we put a few things on the calendar? It would give me some peace of mind.

Do you know what happens when you forget to breathe? Your lungs start to shrink as they lose oxygen. Your blood pressure rises. And then, you’ll likely gasp for air because breathing is essential to life and your body isn’t going to give up that easily. At worst (if holding your breath voluntarily), you’ll pass out and resume breathing involuntarily. You have to breathe. I often catch myself  holding my breath, both while awake and asleep. One of my auto-responses to stress, it’s often paired with shoulders to my ears, a furrowed brow, stiff neck and a horrible headache. But then like magic, when I start to feel light headed and my heart starts racing, my body just starts breathing for me. When I’m asleep, I jump up, gulping the air around me and feeling wildly disoriented. But always, I am forced to take a breath.

I know that trying to pack my itinerary full of adventure and responsibilities and anything that keeps me from feeling idle will eventually catch up with me. Maybe it already has, because I know a lot of these weird ailments that have been popping up are my stress and sadness coming to the surface in physical ways. For the moment, however, it’s just how I’m choosing to heal: slowly, within a rapidly moving environment. At some point I’ll run out of oxygen and be forced to take a breather. Either that or I’ll run low on funds.

Until then, I’m keeping my calendar full. I’ll sleep when I’m dead. Where to, next?